THE WYANDOTTE INDIAN SOLD DETERGENT…BUT WHY? 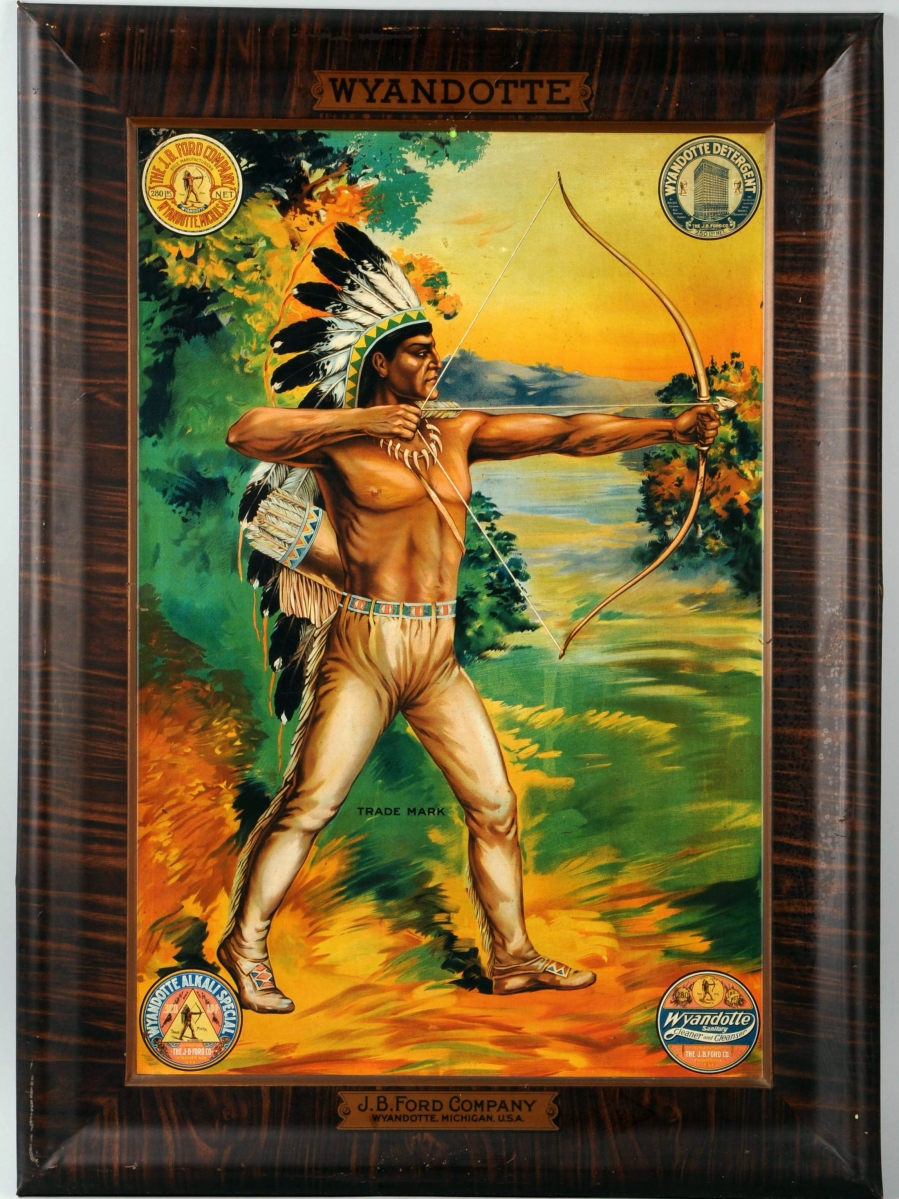 One of my favorite self-framed tin signs I have seen is this beautiful Wyandotte Detergent sign from the J. B. Ford Company based in Wyandotte, MI.  This Indian logo was used for many years, and the company advertised “The Indian in the Diamond was in every package”.    From what I have seen, the Indian logo with his full bow and arrow ready for action was used for a minimum of forty years by the company for this detergent.   Why a Native American was used to help sell their detergent is unknown to me, other than the simple fact which was the J. B. Ford Company who manufactured this detergent was based in Wyandotte, Michigan.   Other than that correlation, I don’t see the relationship between a detergent and an Indian image?

The Wyandotte detergent brand discontinued the use of the Indian logo as early as 1940.   The J. B. Ford company later became known as the Michigan Alkali Company and remained in Wyandotte, MI.  Founded by John B. Ford in 1890, the company later became the world’s largest producer of specialized cleaning compounds by the 1950’s.     The Michigan Alkali was renamed Wyandotte Chemical Company in 1943 and was eventually acquired by BASF in 1969.  At that time the Wyandotte name faded into history for the detergent brand, but remains strong in parts of Oklahoma, Kansas and Michigan where descendants of the tribe remain.