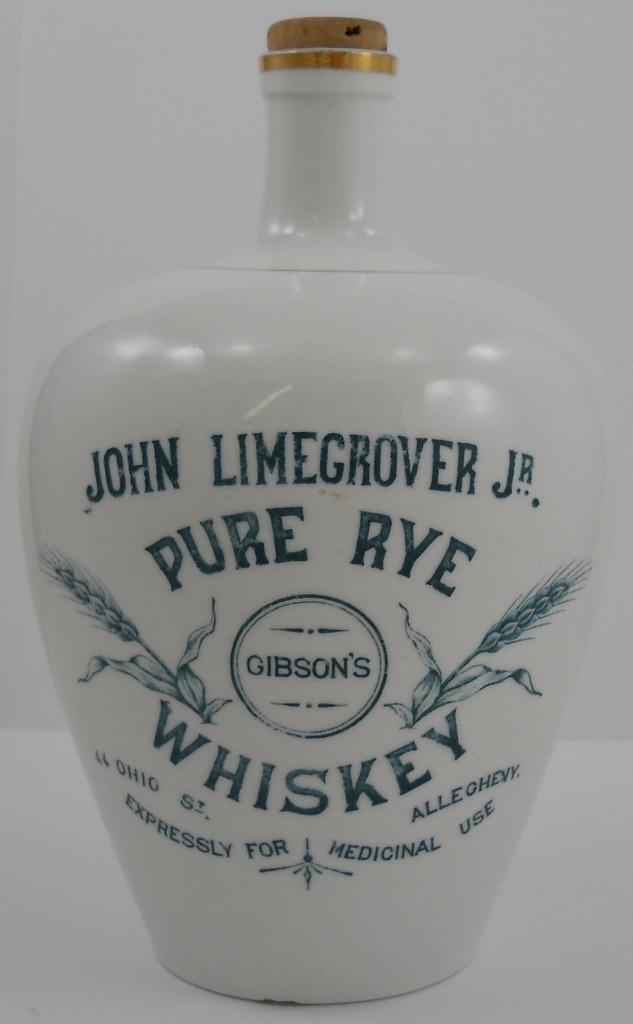 The K T & K China company in East Liverpool, Ohio produced this quart whiskey jug for John Limegrover, Jr. in Allegheny, Pennsylvania.  Circa 1895.  The KT&K China Company produced quite a few small china jugs from across the eastern half of the country for small to larger whiskey distillers.   The Meredith’s Diamond Club Pure Rye Whiskey is the most commonly seen jug from this company, and it comes in several styles and stencil colors.  The K T & K China company was in business in East Liverpool from 1854 to 1929 when it merged with The American Chinaware Corporation.