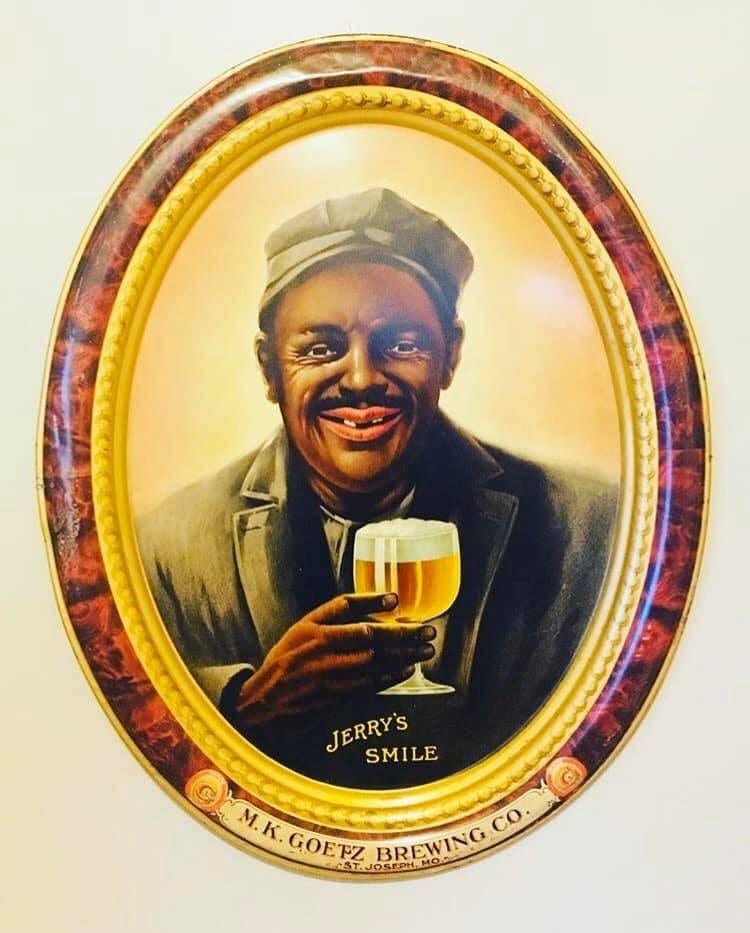 This is a very interesting historical self-framed tin sign from the MK Goetz Brewery in Saint Joseph, MO depicting one of their employees, Jerry.  Jerry was thought to be a mythical figure, but after some research was done a few years ago apparently Jerry was an employee who was very warmly regarded by the Brewery owners, and as a result, after working for them for years he was awarded a sign in his memory as a result.   This sign shows Jerry clearly enjoying a glass of Goetz Beer, perhaps their famous Country Club brand?  Circa 1910, an era called Pre-Prohibition to many historians and collectors alike.