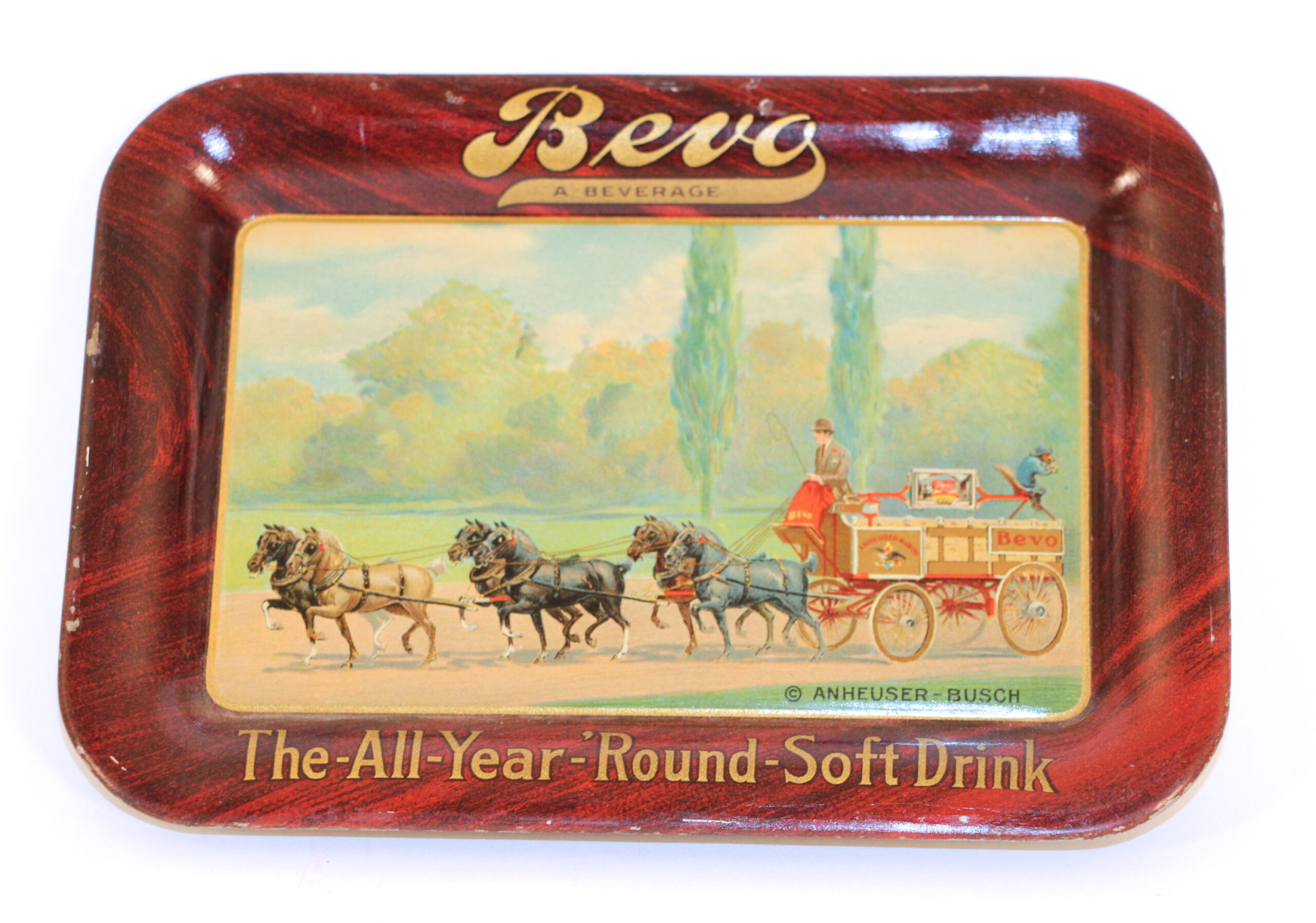 This Anheuser-Busch tip tray advertised their Bevo brand, a prohibition beverage Circa 1920. The Bevo beverage replaced their Budweiser brand during the years of national Prohibition from 1920 to 1933.  The slogan “The All Year Round Soft Drink” is prominently displayed on this tray. It became the most famous “near beer” during national Prohibition.  Breweries were only allowed to make near beer or beer with less than half of 1% alcohol content. A few of the other widely known near beer brands were Pablo by Pabst, Vivo by Miller and Famo by Schlitz.

It is well documented that Anheuser-Busch was ahead of it’s time when they started the the Bevo brand before Prohibition came into legislation. It helped the company continue to grow during the difficult days of Prohibition.

Bevo also produced a rectangular tray in both red and brown colors. It showed the famous wagon and the Bevo fox which was its signature mascot. That image remains on the Bevo building in Saint Louis, Mo at the Anheuser-Busch headquarter’s location. The slogan “The All Year Round Soft Drink” is also featured on this other version of the Bevo tray.