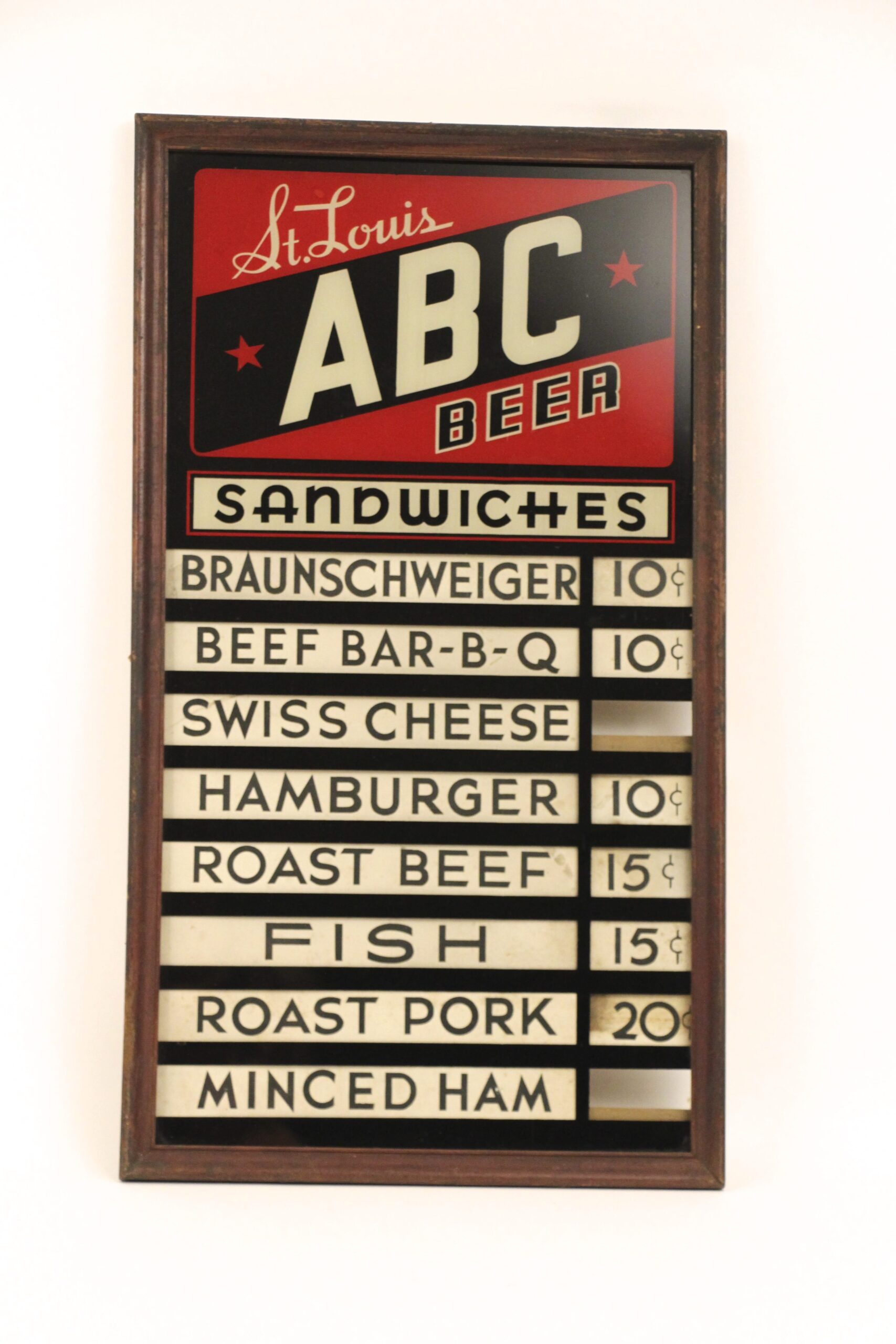 This is a Reverse-on-Glass ABC Beer Brand Menu Board manufactured by the American Brewing Company, circa 1935. The red and black menu board features prices for sandwich items displayed in a restaurant. The company often used their advertising slogan “King Of All Bottled Beers” to describe its Bohemian beer flagship brand.

The “Reverse-on-Glass” (ROG) process used in this menu board incorporated putting advertising on the backside of glass. The ROG items are considered hard to find and valuable due to the breakage of glass over the years. The paint could peel off of the backside of the glass due to moisture, heat, and many other factors. Many pre-prohibition signs were ROG’s but the process was still popular in the 1930’s-1950s.

Another A.B.C. advertising antique,  the  “Temple of Commerce” oval tin beer tray featured a goddess holding a scroll, stating, “A.B.C. Beer famous in the world of commerce.” It notes St. Louis U.S.A. on the bottom for its manufacturing location. The rim of the tray showcased drawings from some of the different areas A.B.C. sold its beer: Japan, Philippines, Egypt, Alaska and New York City.