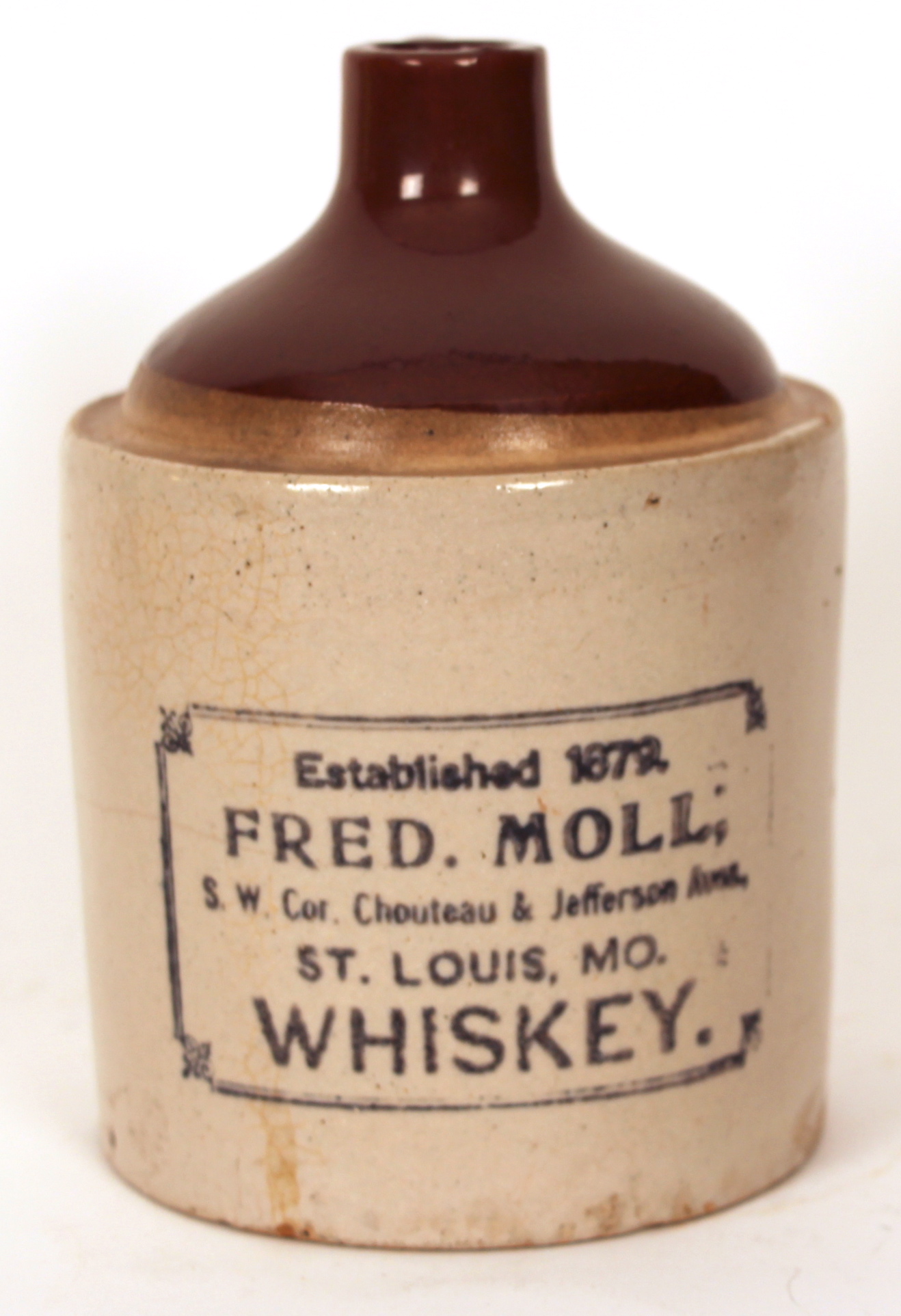 This is an early half-gallon stoneware whiskey jug from Fred Moll in St. Louis, MO.  Circa 1900.   The Fred Moll Whiskey business was located just south of downtown St. Louis at the S.W. Corner of Chouteau and Jefferson Avenue .  The business started in 1879 according to the jug’s label.  While Fred Moll was fairly successful, the business really took off when he was succeeded in business by his son, Adolph Moll, who preferred to be called simply “A”.    Adolph apparently moved the business a few times as it outgrew the building it was operating out of.  Originally Adolph was located on Franklin Avenue (renamed Martin Luther King) near the present day Edward Jones Dome. Eventually he moved the business to the Delmar area of University City, MO where it remained until the 1960’s.   Today, it is difficult to find a jug with Fred Moll’s name on it.  However, the A. Moll Grocer jugs are very plentiful and are found in many different stencil styles and sizes.