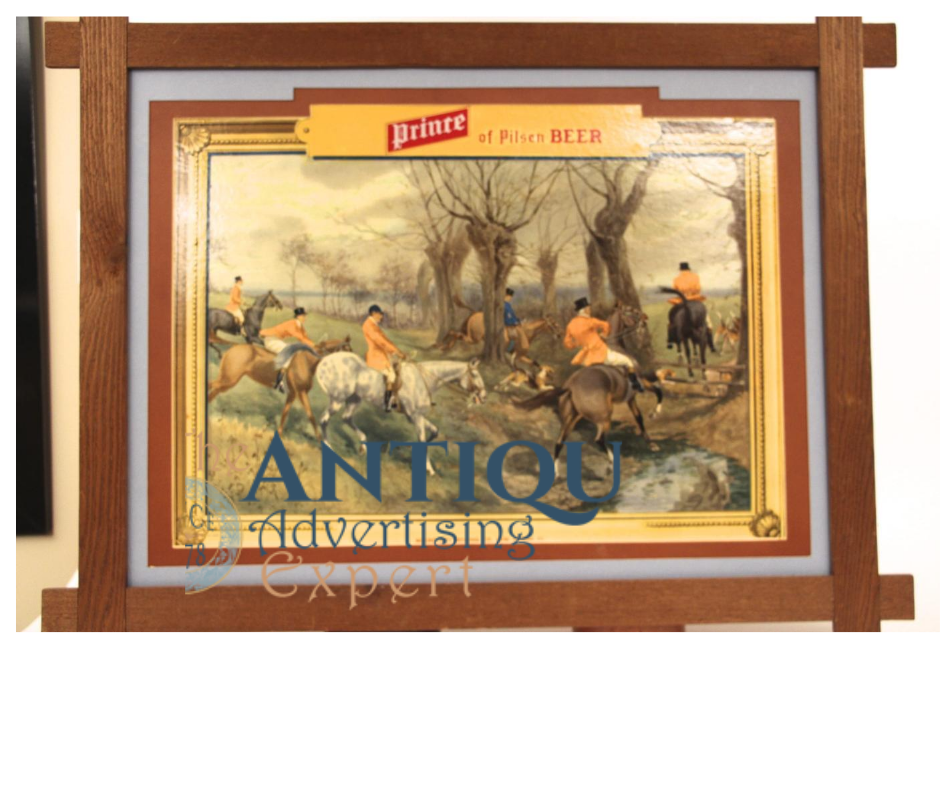 Unusual Prince of Pilsen Brand Beer cardboard poster from the Mound City Brewery in New Athens, IL.   To my knowledge this is the only poster of this scene known to exist.   The scene shows a fox hunt with English hunters and dogs chasing their prey.  Ca 1940 Sign.  The Mound City Brewery was an institution in the tiny town of New Athens IL in St. Clair county for years and competed with the Star and Griesedieck Western Breweries in Belleville, IL and the Central and Heim Breweries in East St. Louis, Illinois.   Also nearby was the Mascoutah Brewery and the Schott Brewery in Highland, IL.   The Mound City brewery eventually closed in the 1950s and was demolished in 1966.