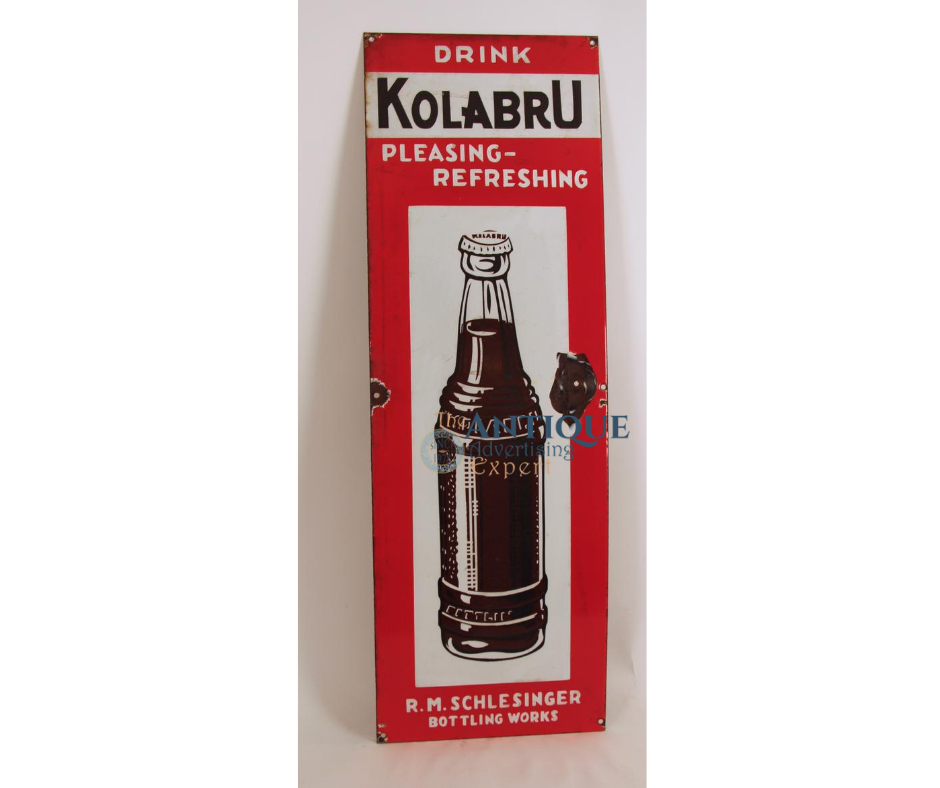 This is a beautiful porcelain sign advertising the Pleasing and Refreshing Kola Bru brand made by the Richard M. Schlesinger Bottling Works in New Athens, Illinois.  Circa 1925.  The Schlesinger soda company started in New Athens in the 1880’s by Richard’s father Michael and the family remained in business until the 1950’s.  Before Prohibition New Athens was known primarily as the home of the East St Louis-New Athens Brewing company, later called the Mound City Brewery.