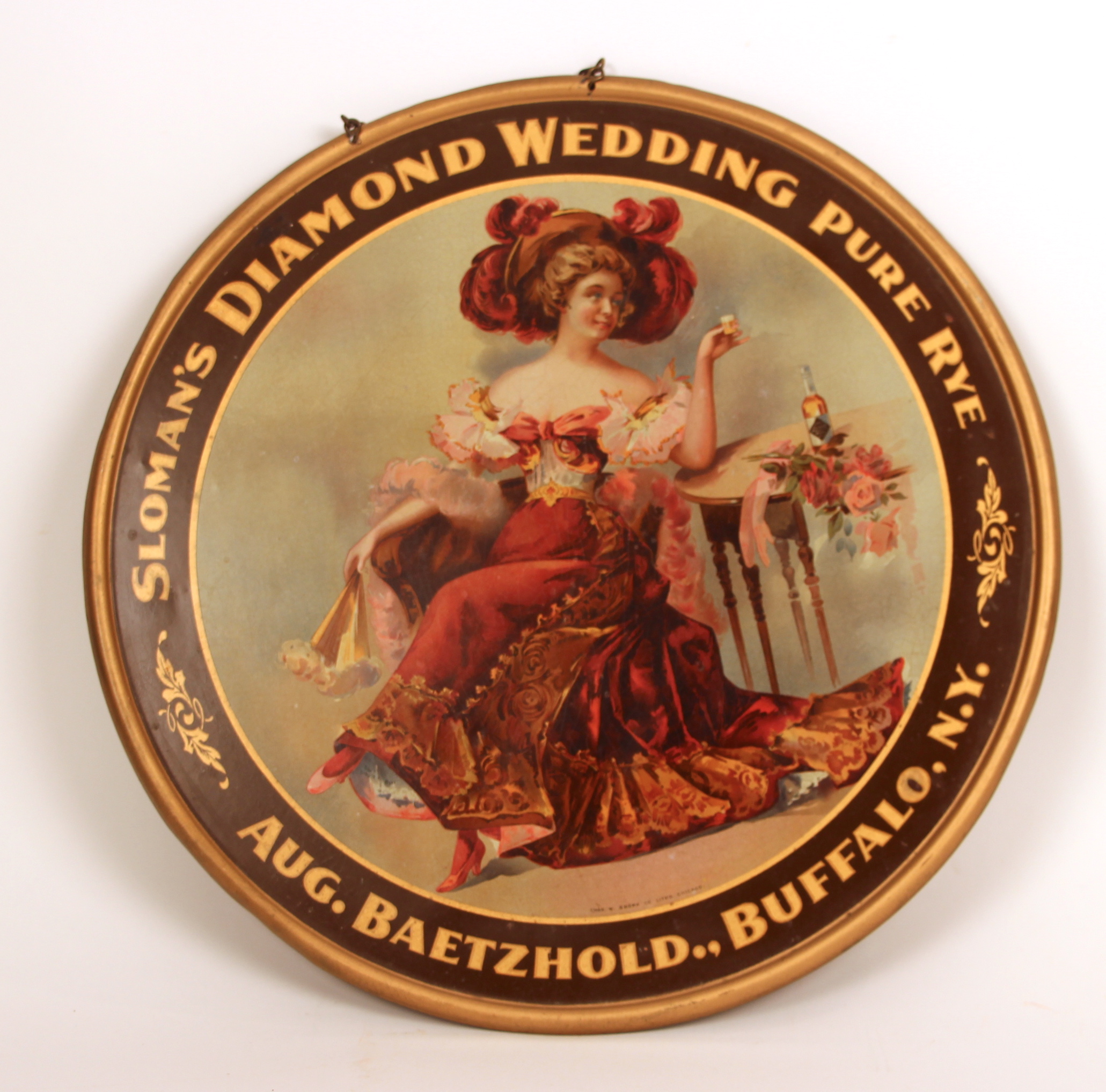 This is a self-framed tin hanging sign advertising Sloman’s Diamond Wedding Rye Whiskey, manufactured by August Baetzhold in Buffalo, New York.  Circa 1910.  The founder of this firm was Mr. August Baetzhold, who lived until 1911.  Mr. Baetzhold started in the liquor business on Main Street in the Cold Springs District in 1863. The business grew rapidly and he was forced to find a larger facility in the building at 346 Ellicott Street. But this space also became too small so in 1872 he bought the Odd Fellows Hall at 567 – 571 Michigan Street, which he remodeled and renovated.

The firm of August Baetzhold & Sons enjoyed a great reputation, procuring the best wines from the Rhineland, from Hungary, Spain, and France. They also imported the finest liquors at that time.  Their company also produced two other whiskey brands called Deer Run and Santa Fe.  The Sloman’s Diamond Wedding Rye brand was also one of their biggest sellers.  Unfortunately, like many others, the firm went out of business with the start of prohibition in 1919, never to reopen.