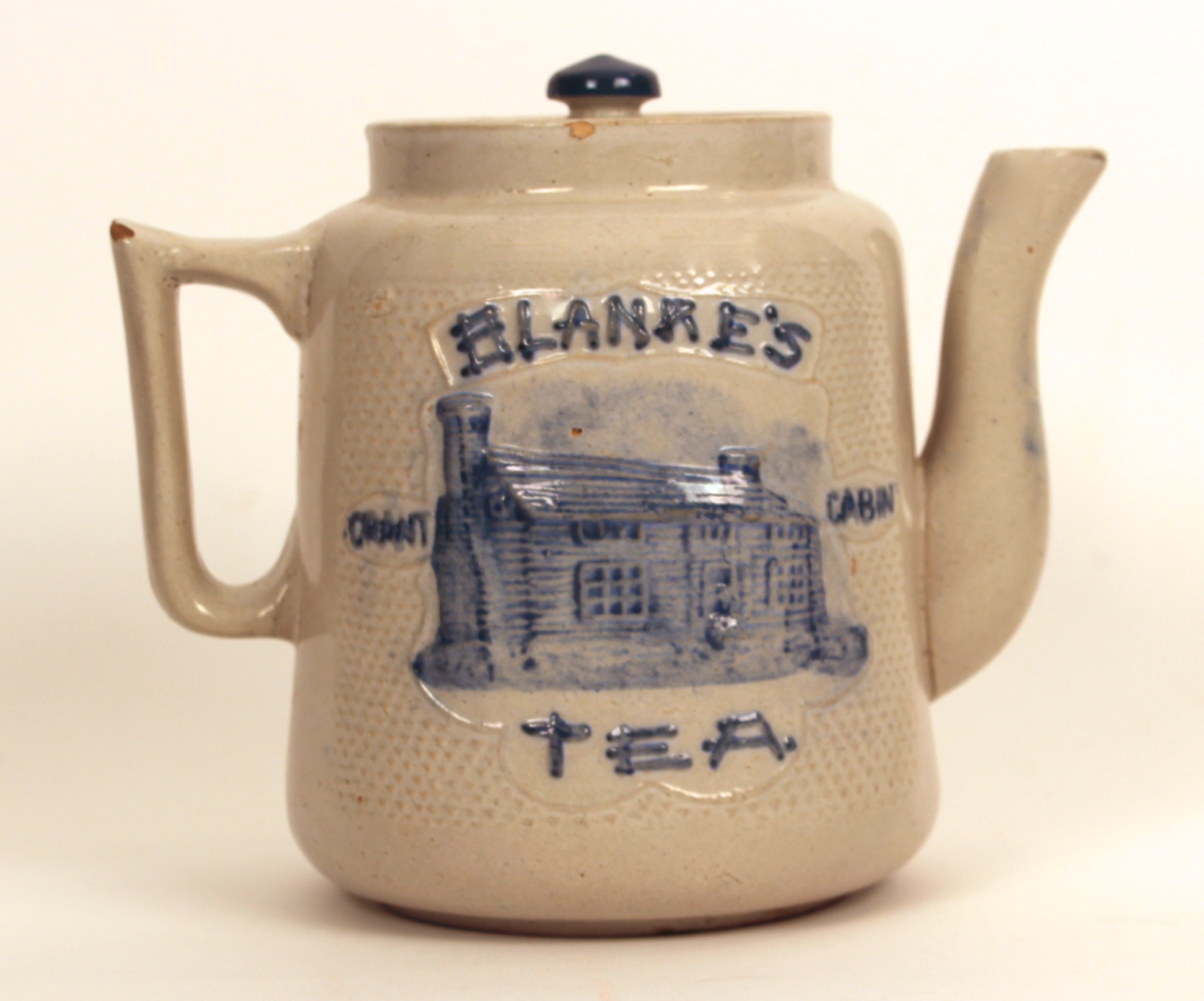 This is a very beautiful blue and white colored stoneware pottery coffee pot advertising their Log Cabin brand of Tea from the C. F. Blanke Tea & Coffee Company in St. Louis, MO.  Circa 1910.  While the company was based in St. Louis, they later expanded to Chicago, Dallas, New York City, Minneapolis and Kansas City, Missouri.   The Log Cabin brand was part of a 1904 Worlds Fair display whereby Cyrus Blanke took President Ulysses S. Grant’s log cabin which was in rural St. Louis County and brought it to the Worlds Fair grounds.   Out of this promotion emerged the Log Cabin Tea brand from the company.   This unique stoneware pottery piece features an illustration of President Grants home.   Today, Grants Cabin is in a private park which is owned by the Anheuser Busch company back in U.S. Grants home farm outside of St. Lous, MO.  The C.F. Blanke Company was a main advertiser during the 1904 World’s Fair in St. Louis. The promotional ads during the fair helped propel their coffee business nationwide.  The Blanke Coffee Company was also known for their Saratoga, Fancy, and Happy Thought brands which were big sellers for them.