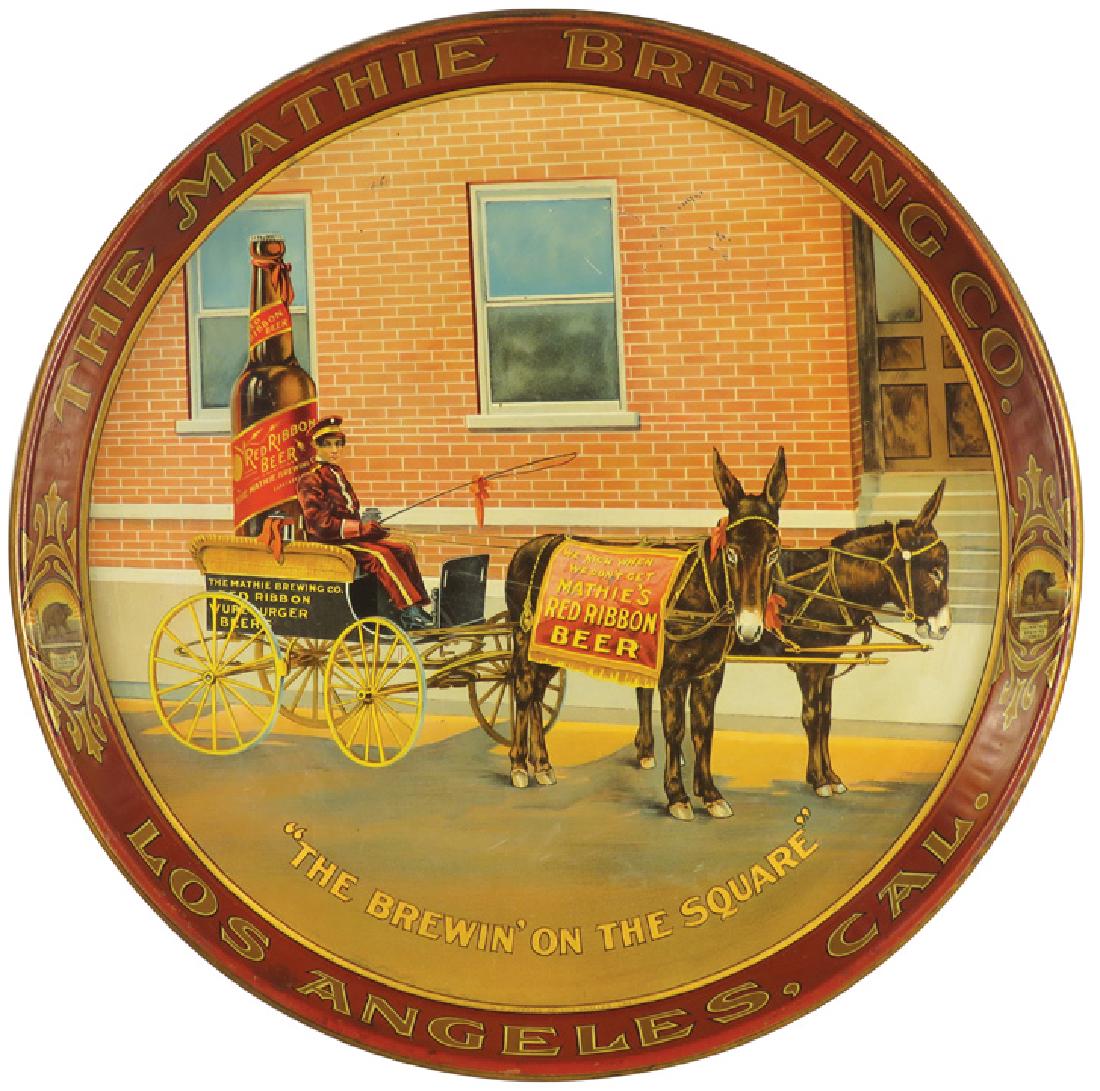 The Mathie Brewing Company use of a giant beer bottle exaggeration in their company sponsored horse drawn delivery wagon is an interesting serving tray.   Why did the brewery use an exaggeration to help promote their product?   While I do not recall other serving tray’s using exaggerated fruit or beverages in their image, the use of exaggerated images was very popular on picture postcard images in the early 1900’s.

Many images using exaggerated products were designed to help sell the health or the productivity of an area’s agricultural capabilities.   Images showing giant radishes, tomato’s, carrot’s etc. were common on old postcards.  However, the use of a giant beer bottle to help sell their Red Ribbon brand of beer is interesting.   Why would a giant bottle of beer help create an illusion of a better product?  Perhaps the Mathie Brewery wanted to provoke an image that beer was healthful and the more you had, the better?

The tray also has a slogan “The Brewin on the Square”.   The Mathie Brewery advertised their location as being “Between the River and the railroad tracks”.  Perhaps their was a square in the city of Los Angeles at that location at the time, allowing the “The Brewin on the Square” caption to be utilized?   Hopefully more research will explain the meaning of this with time.