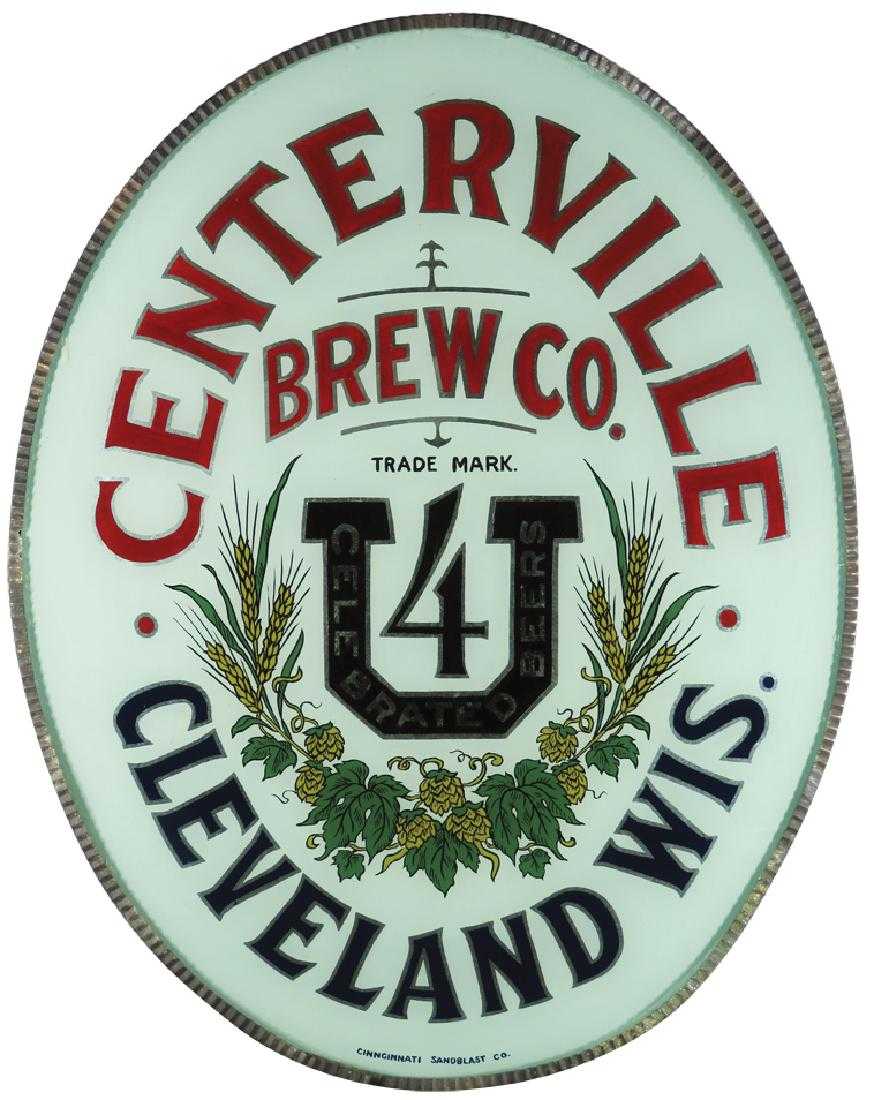 Wow! What a spectacular reverse on glass corner sign out of Cleveland, Wisconsin! This Centerville Brewing Company sign features a metal scalloped edge border, designed to hold the glass in place, and a 90 degree angle wood bracket designed for hanging on the edge of a building. Hence, the corner sign name. i always laughed at the horseshoe image on this sign, as it reminds me of the Indianapolis Colts Football Team logo with the color and the design. Surely the football team did not steal the design from this small Wisconsin brewery, but it looks so similar it’s just ironic.

This particular corner sign was made by the Cincinnati Sandblast Company based in Cincinnati, OH. Corner signs were used by many industries in the late 1800’s and early 1900’s, but breweries seem to have been the dominating industry using them. One can easily look at old photographs from the 1900 era and see these signs hanging on the sides of busy main street or commercial districts in both cities and smaller towns throughout the United States. Taverns or Saloons often had corners of their building with a small covered entrance way, and these signs hung on the edge of those entrances more often than not.

The Centerville Brewery operated in the small community of Cleveland, Wisconsin for many years. The original brewery started in the 1840’s and was started by Simon Kraus. However, the original brewery burnt down in the 1880’s and was rebuilt by the Gartzke Brothers in 1890. This sign was undoubtedly produced during the time the Gartzke Brothers owned the business. The brewery ceased operations in 1914 and the building was torn down shortly thereafter.