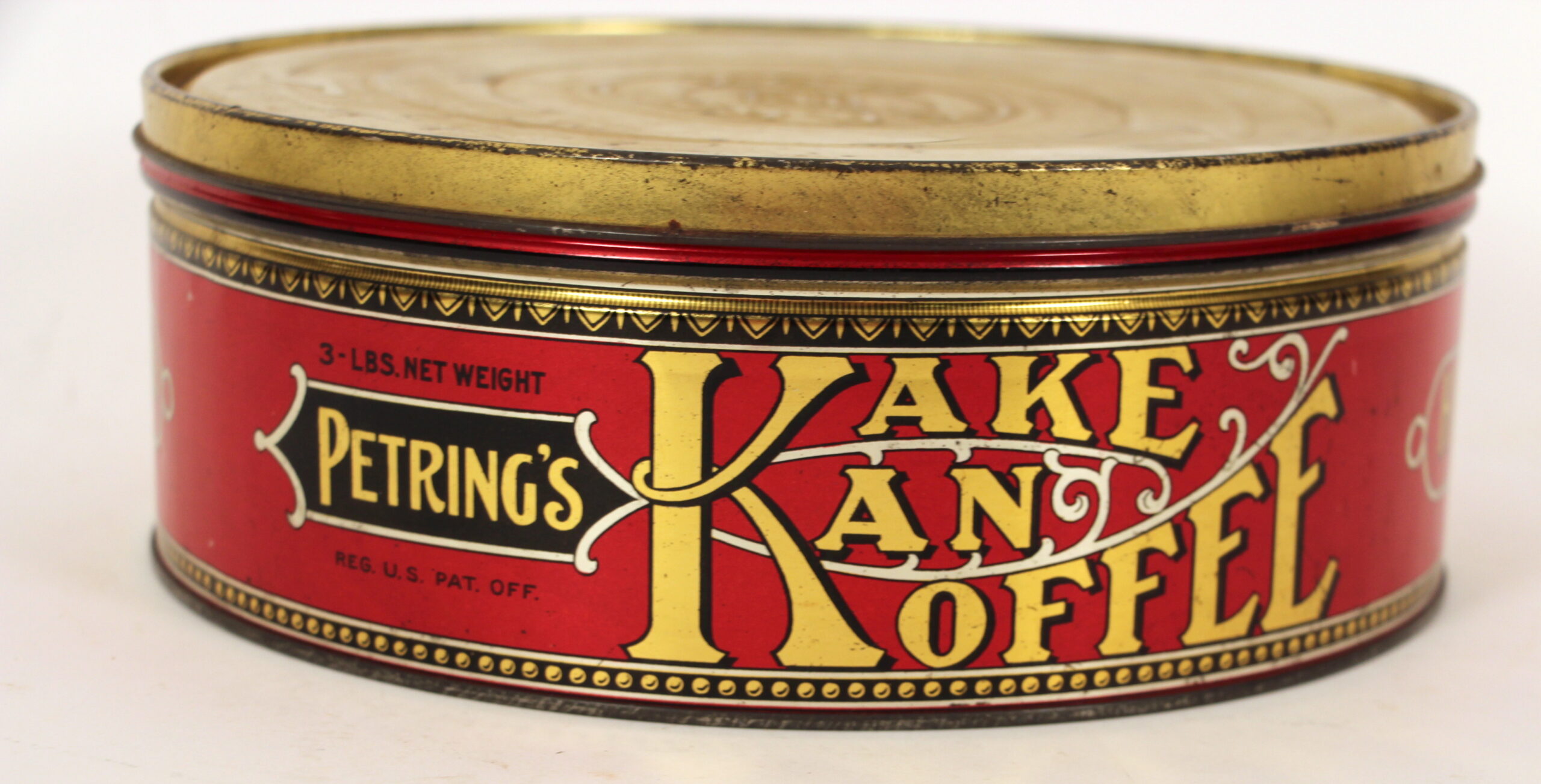 This is a rare Kake Kan Koffee  from the H. P. Petring Company in St. Louis, MO.  Circa 1920.   The red and gold Kake Kan Koffee tin was an unusual coffee tin because it was only 3 ¾” tall. The tin was intended to be reused for cake after the coffee was empty. It was a popular brand along with the company’s flagship Trumpet brands of Trumpet Coffee, Trumpet Spices, and Trumpet Castor Oil.

Henry Petring started the H.P. Coffee Company in downtown St. Louis in the late 1800’s. Henry was originally a wholesale grocer for over 25 years when he founded his first company, the Henry Petring Grocery Company. He eventually transitioned it to a specialty coffee business that was a huge success, called the H.P. Coffee Company. It became a family business later run by Henry’s son (George ‘Henry’) and Henry’s grandson (‘William’ Henry).