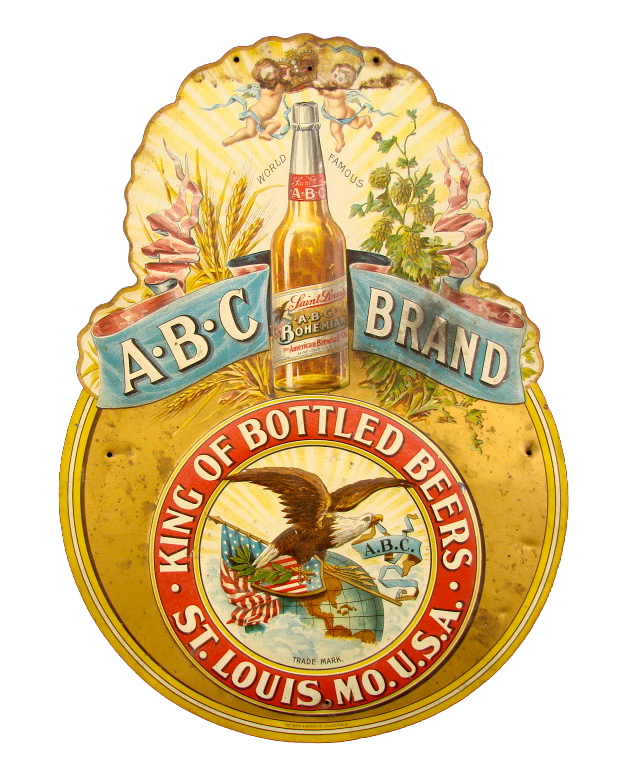 The American Brewing Company used the logo indicating their brand was the original “King Of All Bottled Beers” when describing its flagship A.B.C. beer brand. One magazine ad for A.B.C. Beer featured a long train of the brewery’s boxcars driving away from the enormous St. Louis plant. The ad read “The St. Louis A.B.C. Beers are famous the World Over. St. Louis A.B.C. Bohemian Bottled Beer shipped to Manila, Philippine Islands, Nov. 1898.” Another ad asked “Bohemians of the American World to stand by their favorite beer. It promotes health and good cheer.”

The American Brewery Company had much worldwide success during the years before Prohibition and a few years after. However, the “King of Bottled Beer” ultimately fell out of the competitive industry after the Repeal and closed its business in 1940. Today, many of the A.B.C. beer brand advertising relics are sought after by Breweriana collectors and are considered valuable.