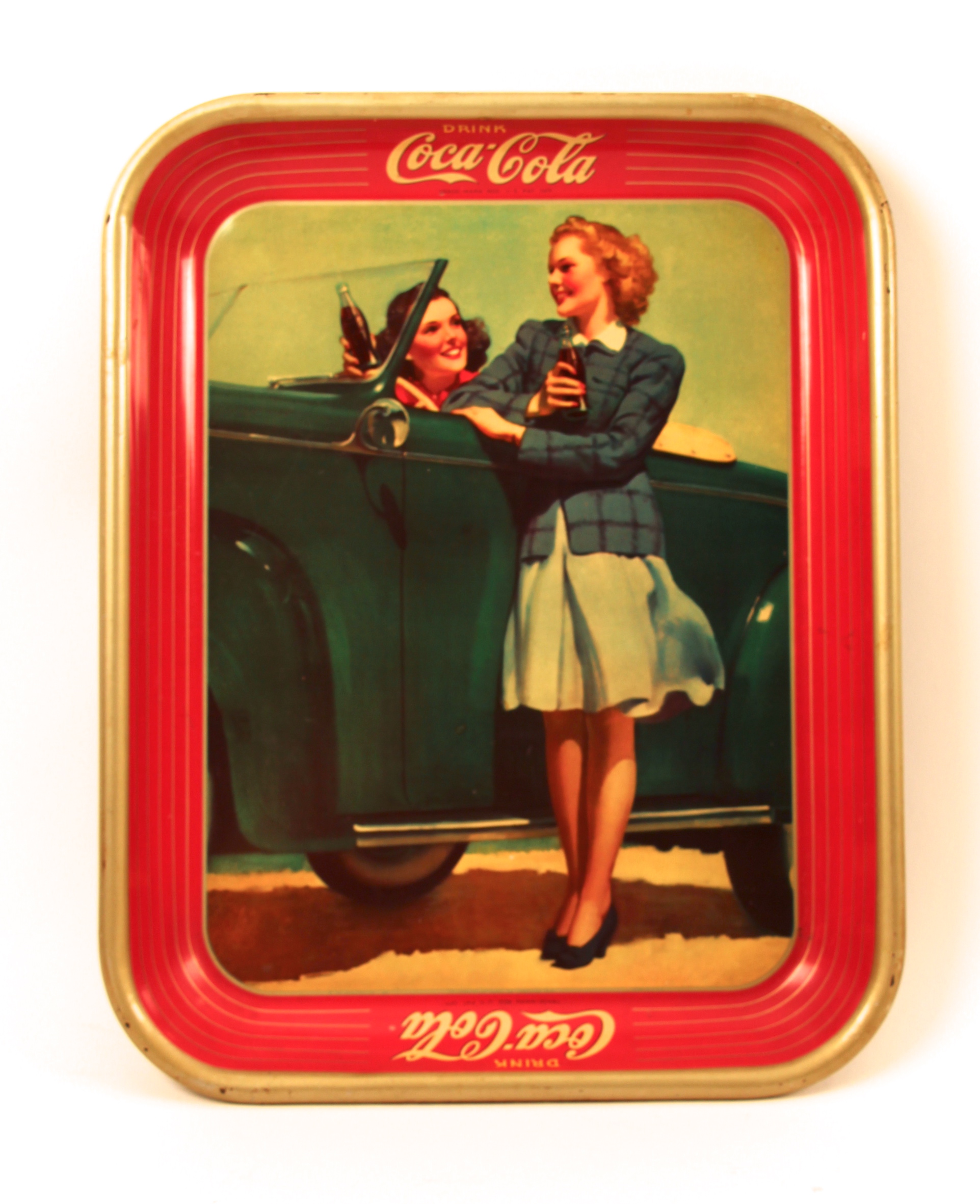 This Coca-Cola soda tray is known as the “The Two Girls at Car” version produced in 1942.  The tray artwork portrays two young women at a convertible car each holding a Coca-Cola bottle. The outer rim is silver and the inner rim is red with silver lines. This tray version features the message “Drink Coca-Cola” one of the well-known Coca-Cola slogans.  The words “Trade Mark Reg. US Pat Off” appear below the words Coca-Cola in the trademark, typical for the time period of 1941-1960’s. The Two Girls at Car version was produced by American Artworks and it was the last tin soda tray issued in the 1940’s by Coca-Cola.