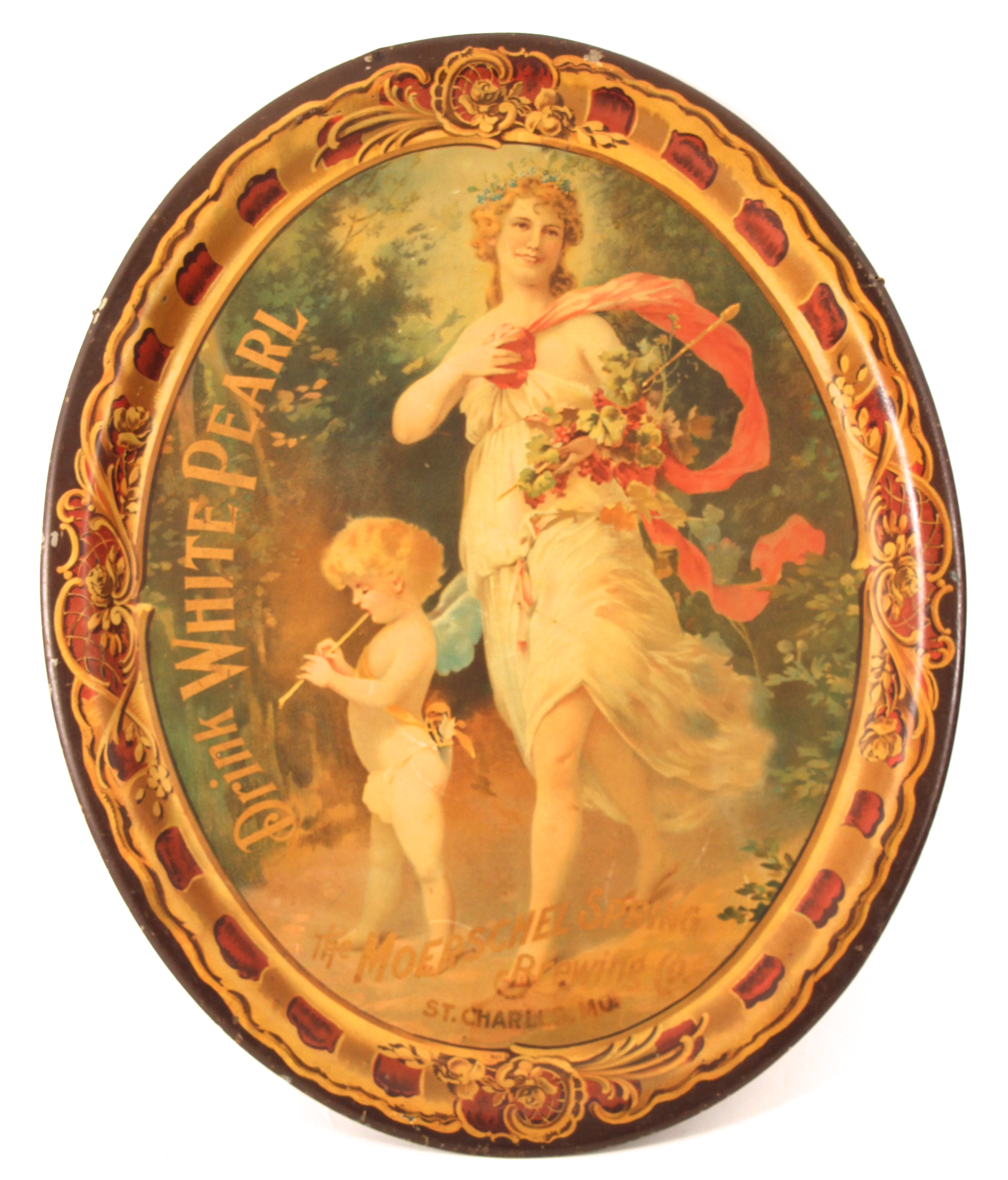 This is a beautiful metal serving tray from the Moerschel Spring Brewery in Saint Charles, Missouri advertising their White Pearl brand of beer.   Circa 1900.   Their is another version of the White Pearl beer tray which shows an older man with a beer mug in his hand.  The Moerschel brewery was in business during the pre-prohibition era and went out of business when prohibition started in 1918.   The Moerschel family also had a brewery in Jefferson City, MO before prohibition.   Even though St. Charles was not that big in the early 1900’s, there was another brewery in town at the same time which was the Charles Schibi Brewery.   The Schibi brewery also didn’t survive prohibition either.