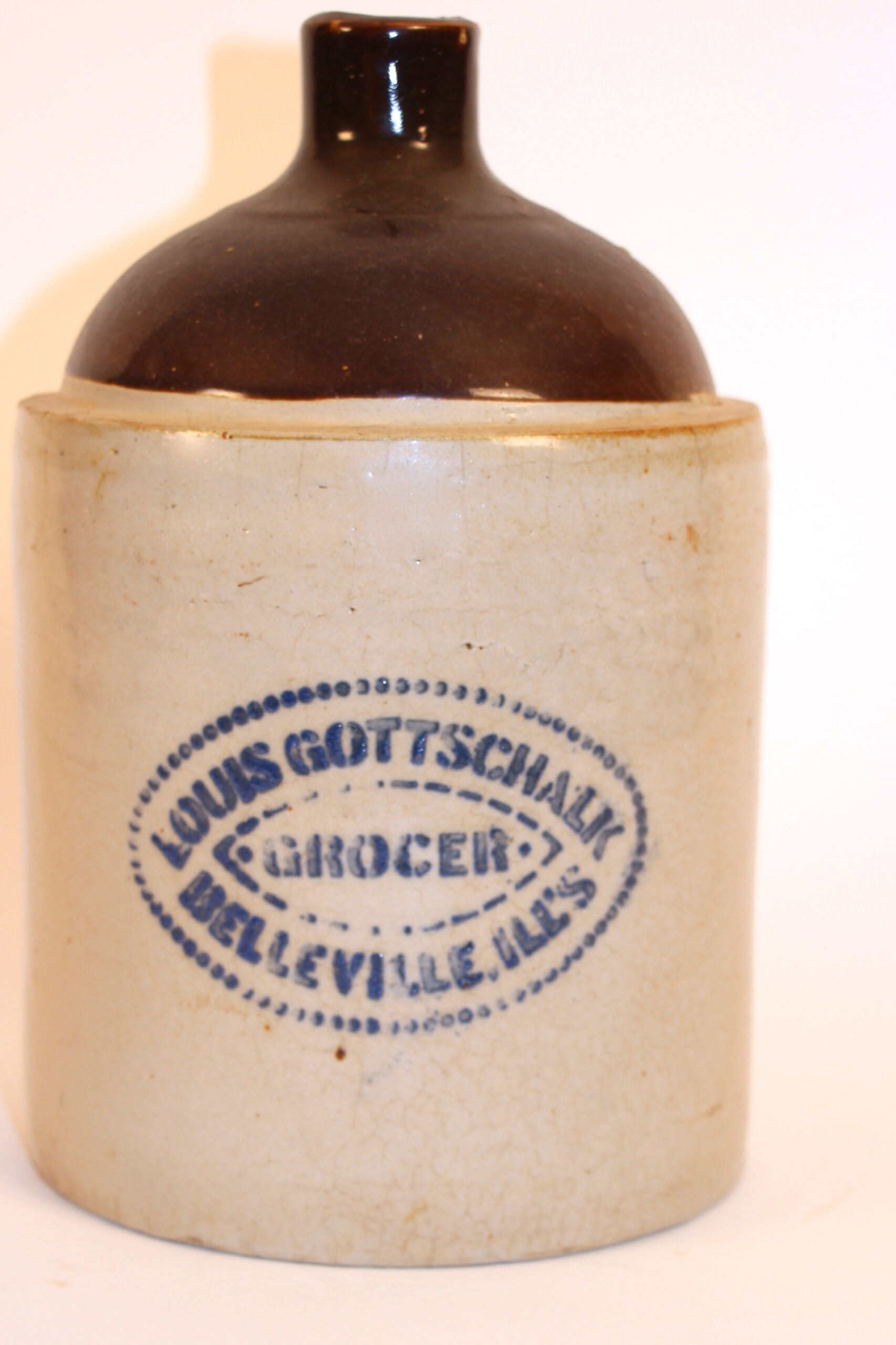 Circa 1890 Stoneware Salt Glaze Advertising Whiskey Jug, Louis Gottschalk Belleville, Illinois at 114 & 116 East Main Street.  This is the earliest known Salt Glaze Jug from St Clair County ILL and dates to the late 1890s or early 1890s. Mr. Gottschalk bought out the business of Henry Gundlach in 1885 when Mr. Gundlach died.   The store was originally at 200 East Main Street.  By 1890 the Gottschalk store was listed as dealing in “staple and fancy groceries and provisions”.    In early directories the store is listed as the corner of Main and Jackson streets.  In 1906 Mr. Gottschalk moved to the former Rentchler building at 116-118 East Main Street.  However, in 1907 Mr. Gottschalk sold his interest in the business to Mr. William Twenhoefel and Mr. Charles Vogel.   He later went on to work at the Belleville First National Bank.   He retired in 1933 and died of a heart condition shortly thereafter in 1935 at the age of 75.    A one gallon jug!