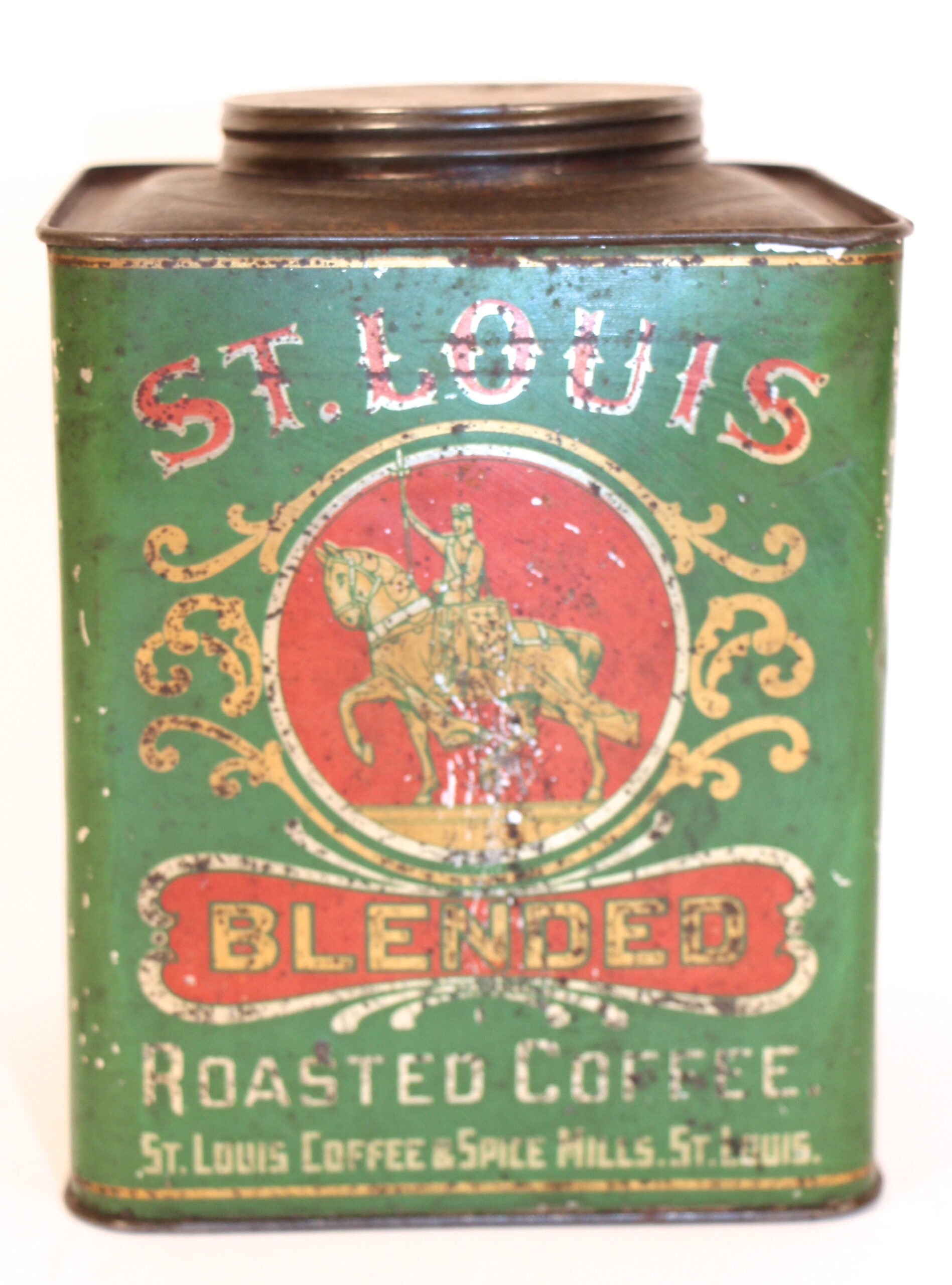 This is a very unusual three pound coffee can from the St. Louis Coffee and Spice Mills Company based in St. Louis, MO.  Circa 1905, this can features an image of the statue of Saint Louis.   This statue can still be found today in Forest Park, site of the 1904 Worlds Fair Exposition.    The St. Louis Coffee and Spice Mill Company was noted for their flagship brand of coffee called “Nectar” which was sold in many different styles of containers to the public and general trade.  The company was in existence in St. Louis in the early 1900’s.