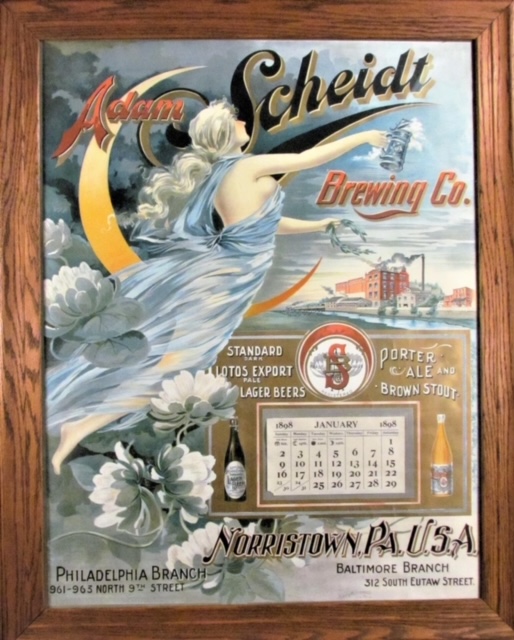 I love the graphics on this rare 1898 lithographic calendar from the Adam Scheidt Brewery which was based in Norristown, PA at one time. If you look closely, the flowing robed woman has a stein of beer in her hand and appears to be on her way to bring the product to someone. This litho has so much detail, a great factory image, a crescent moon, the product featured in the bottles, an 1898 calendar, and the stunning woman! This calendar surely caught someone’s attention, and for that reason, they stored it away for us to appreciate 123 years later still!

The Adam Scheidt Brewing Company was based in Norristown, Pennsylvania prior to prohibition. However, due to their broad distribution of product, they also had locations in Baltimore, MD and Philadelphia, PA. Products they made included Lager, Porter, Standard Ale, Brown Stout, and a beer called Lotus Export, which I would guess was their premium product at that time.