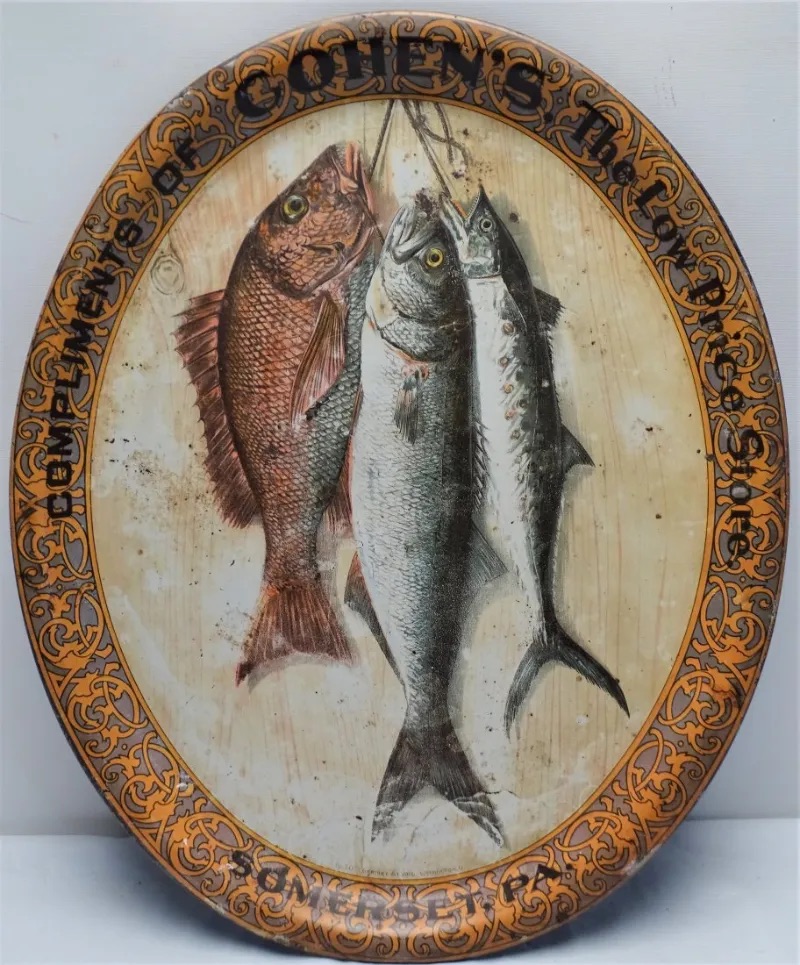 There are many articles which have been written about the history of the Coshocton, Ohio Advertising artwork companies in the late 1800’s and early 1900’s. During this period hundreds of thousands of advertising signs, coasters, ashtrays, serving trays, and other advertising gimmicks were put out by the massive corporations which resided in Coshocton, OH at that time. In fact, Coshocton probably put out more advertising items during this period than any other city in the United States. So while much is known about the Meek & Beach Corporation, Meek, Tuscarora Advertising, Standard Advertising Artworks, and the others, nothing is really known about the small company called 20th Century Studio’s. This small company really did not have a presence in this community, but we know they existed as there are several varieties of advertising serving trays from this studio. These trays have fish and ducks featured on them, and I have also seen trays with floral type of scenery on them from the 20th Century Studio. However, who the company was, where they were located at, and for how long remains a mystery even to those who have studied this cities history extensively. At this point we can only assume they were a small jobber or spinoff of a larger company, and were in business for only a few short years. I am hopeful more information will come forth over the next few years to help put an end to this mysterious producer of awesome advertising artwork!

This particular metal or tin serving tray was from Cohen’s Store which was a General store business in Somerset, PA, just south of Pittsburgh and the surrounding area. Somerset was not too far from Coshocton, Ohio, so whether that had any influence is unknown, as there are multiple trays from the 20th Century Studio from businesses all across the U.S. I do not know if this company did items outside of serving trays at this time though.