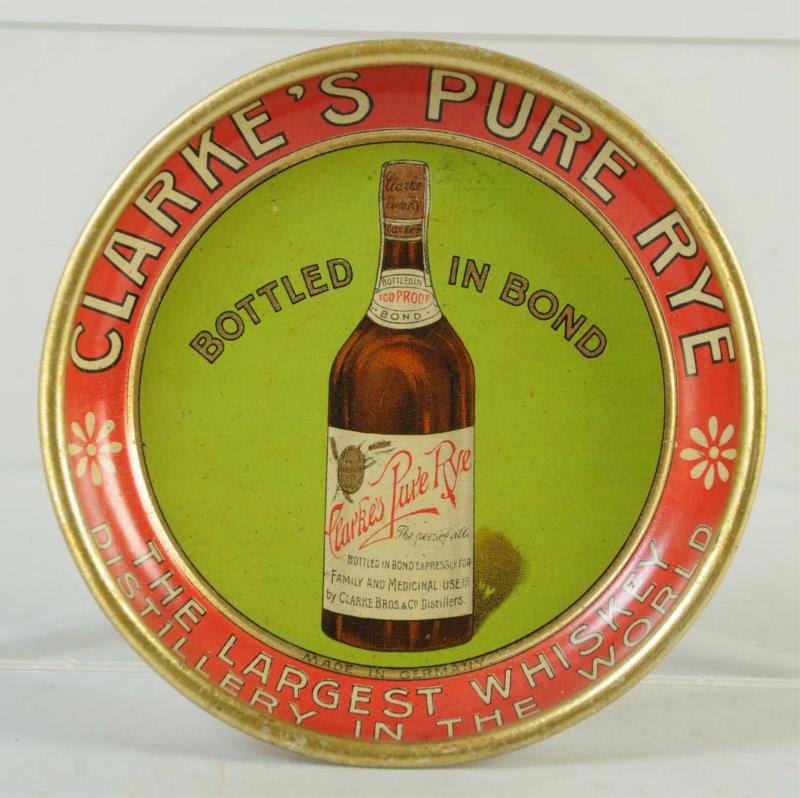 This is a stunning Clarke’s Pure Rye Whiskey Tip Tray, Bottled in Bond, from the Clarke’s Whiskey Company in Peoria, IL.   Many of the Clarke’s whiskey advertising items featured the slogan “Bottled By The Government” and feature a very old man in their image.   The Charles C. Clark distillery called themselves the largest volume whiskey distillery in the United States.  Originally started as the Clarke Bros. Whiskey Distillery, the Clarke family eventually saw their distillery closed with the beginning of prohibition in 1920.