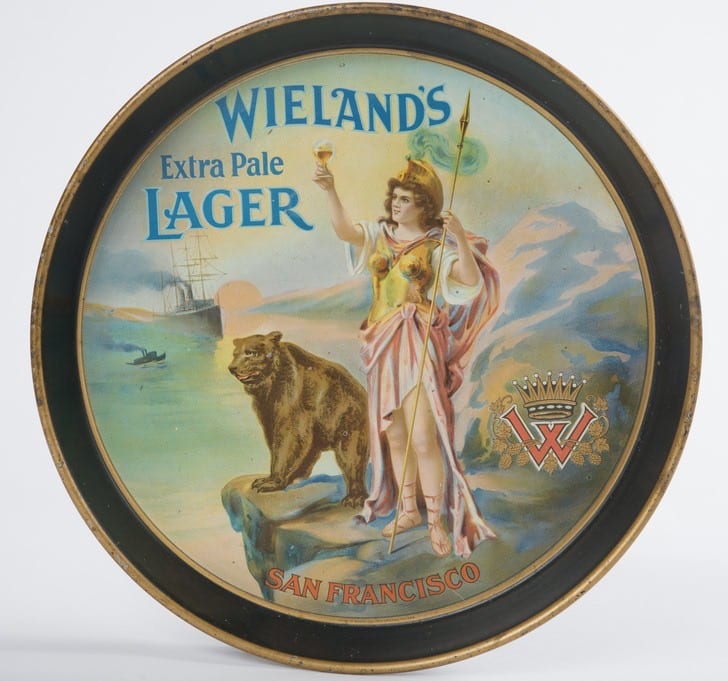 Featured is a very colorful metal serving tray showing a bear and a woman holding a beer while a ship arrives, most likely symbolizing the San Francisco port.  This tray was put out by The Wieland Brewery, which was located in San Francisco both prior to and again after the prohibition era.  This tray is from the pre-prohibition era however, circa 1915.