THE BRILLIANT ALE BRAND WAS PROUD OF ITSELF IN SYRACUSE! 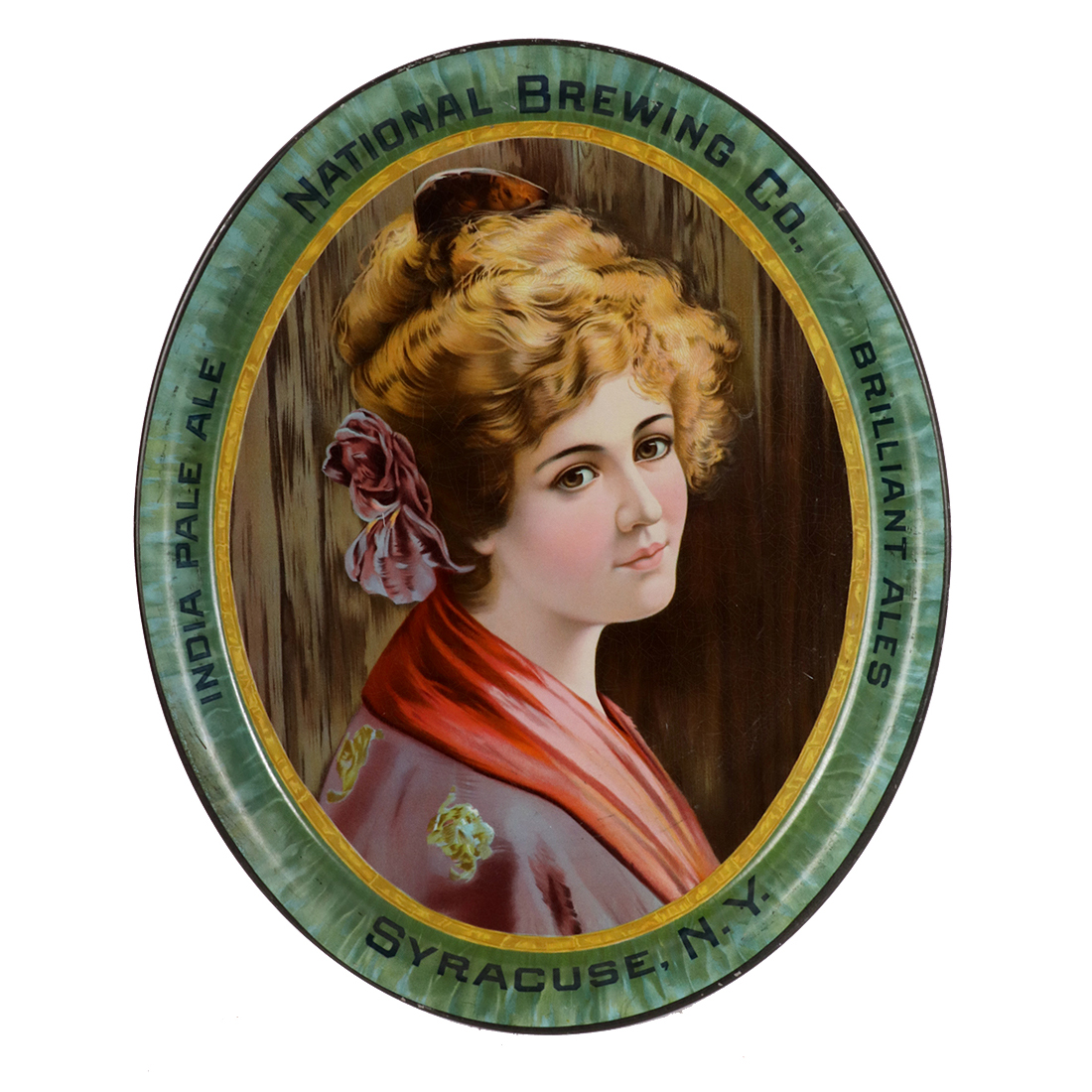 Featured is an incredible oval serving tray from the National Brewing Company which had been based in Syracuse, N.Y. prior to prohibition. This oval metal tray advertises their India Pale Ale and another Ale, however the brewery was also known and very proud in their advertising for their Brilliant Ale brand. I would suspect a brewery was pretty proud of themselves by naming their own brand “Brilliant” for any product, as today you still don’t see companies using that terminology for any consumer products. Perhaps because it is a bit more boastful than companies would prefer to be in today’s modern society.
The National Brewing Company in Syracuse was one of a handful of breweries which named themselves the National Brewing Company throughout the United States. One of their biggest competitors was the National Brewing Company owned by the Griesedieck Brothers in St. Louis, MO whose products were sold throughout the Midwest. The St. Louis brewery was one of the largest in the Midwest in the early 1900’s. There were many other breweries calling themselves the National Brewery at that time as well, including another giant National Brewery in Baltimore, MD. I would suspect with the many patent laws in effect today the duplication of names would be more readily challenged. In the end, were it not for Prohibition, perhaps the Brilliant Ale brand would still be with us today. This image was found on Pinterest and the sign does not belong to me.