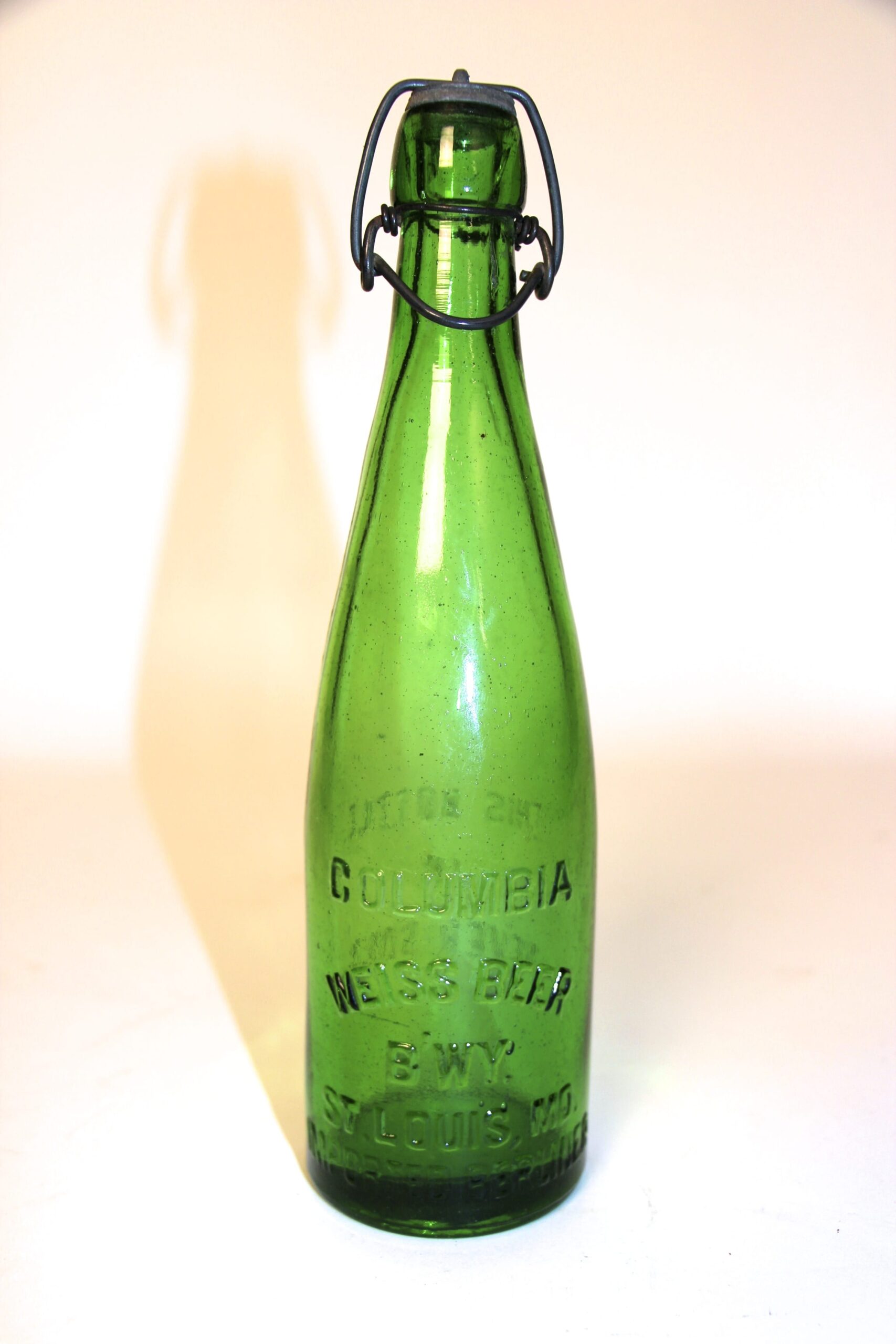 Columbia Brewing Co Weiss Beer Bottle 1885. This is a mint green colored beer bottle produced by the Columbia Brewery Company. They were one of the larger breweries during the late 1880’s. The style bottle is called a TeePee bottle because of it’s tall shape and they were fairly common during that time frame.

The aqua and amber colored bottles were typically less desirable unless they were from a manufacturer that didn’t produce many. This is a pre-Prohibition bottle and considered in good shape with a beautiful green coloring.  Collectors love the colorful bottles and they display well with a back lighting.