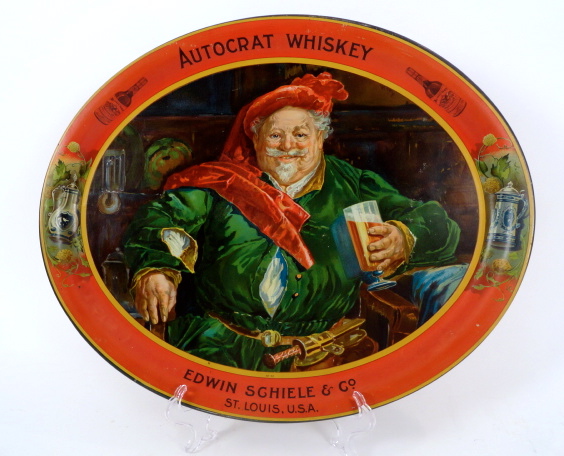 This is an Autocrat Whiskey serving tray from Edwin Schiele Distilling Company based in St. Louis, MO 1905. The tray features Sir John Falstaff, a character in several William Shakespeare plays, drinking the whiskey.  Mr. Schiele, a local whiskey manufacturer produced several brands of whiskey but the Autocrat brand was his main seller.

Other serving trays from the Schiele Distilling Company featured people playing cards and another version portrays mythical and angelic characters.  All of the antique advertising collectibles from the Autocrat brands are considered hard to find and desirable for collectors.