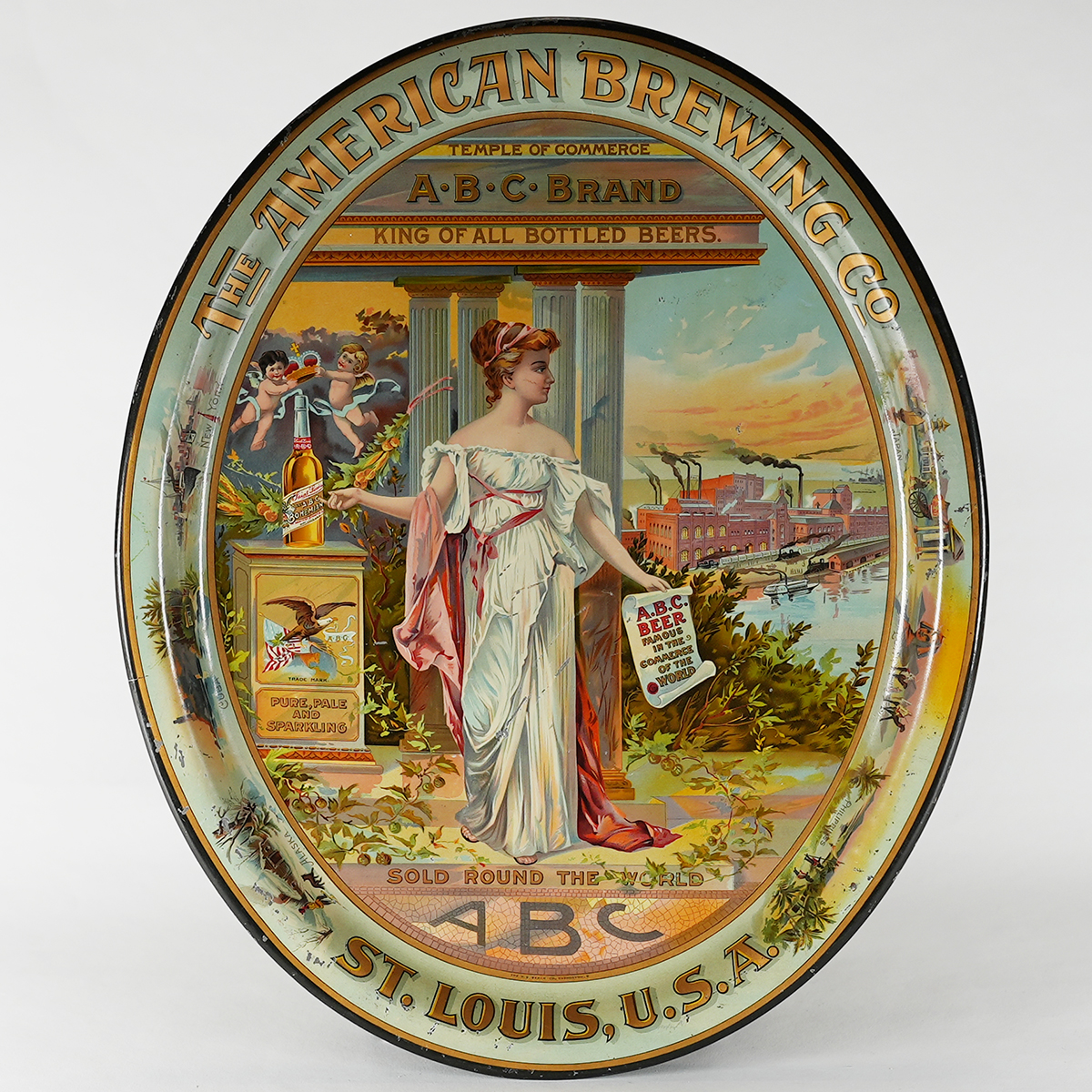 I have always loved the colors and the incredible image used by The American Brewing Company out of Saint Louis, Missouri in the early 1900’s. As shown here, the company chose to use a beautiful illustration of a woman overseeing her temple like garden and looking down at the river commerce for their metal advertising serving tray. If one looks closely, the rim of the tray has various countries where their flagship beer brand, ABC Beer, was being sold. You can see countries like Egypt, the Philippines, Mexico, Canada and Japan listed. Interestingly the tray also denotes Alaska, and as you may recall, Alaska was not part of the United States until it became the 49th state in the mid twentieth century. This same illustration can also be found in a tin and a heavy cardstock advertising poster which was used for advertising in the saloons and taverns of this pre-prohibition era.

The ABC brand rivaled the largest countries brewery brands including the American Brewing Companies neighbor, Anheuser Busch and also the Wm. J. Lemp Brewery and their Falstaff brand, both brewing in the city of Saint Louis at that time. Many ABC advertising pieces can be found with Spanish writing on them, and these are perfect examples of how far the ABC brand was being sold worldwide. Unfortunately with prohibition the product came to an end, however, several breweries brought back the ABC brand in for a few more years, including a time where the brand was even owned by the gangster Al Capone. However, like many small breweries, eventually the brand and the brewery which was selling ABC after prohibition officially came to an end in 1939. Today we are left only with the memories of this once dominant selling brand of beer with the advertising collectibles remaining with us today.