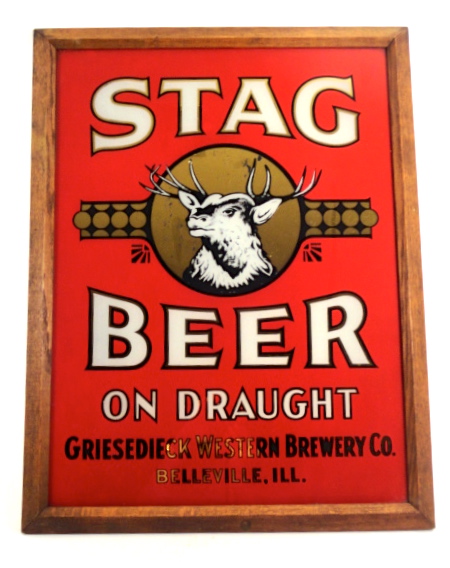 This is a rare Reverse-On-Glass (ROG) advertising sign for Stag Draught Beer from the Griesedieck Western Brewing Co. which was based in Belleville, IL, 1933.   The Stag brand was the flagship brew from the Griesedieck Western Brewery. It was in competition for years with many beers including the Griesedieck Brothers brand which was based in St. Louis, MO and run by a cousin of Henry Griesedieck who owned the Belleville brewery.   This ROG sign is in the original frame and has brilliant colors with bright red paint and gold letters trimmed in black.  This sign is one of only less than ten known to exist today.