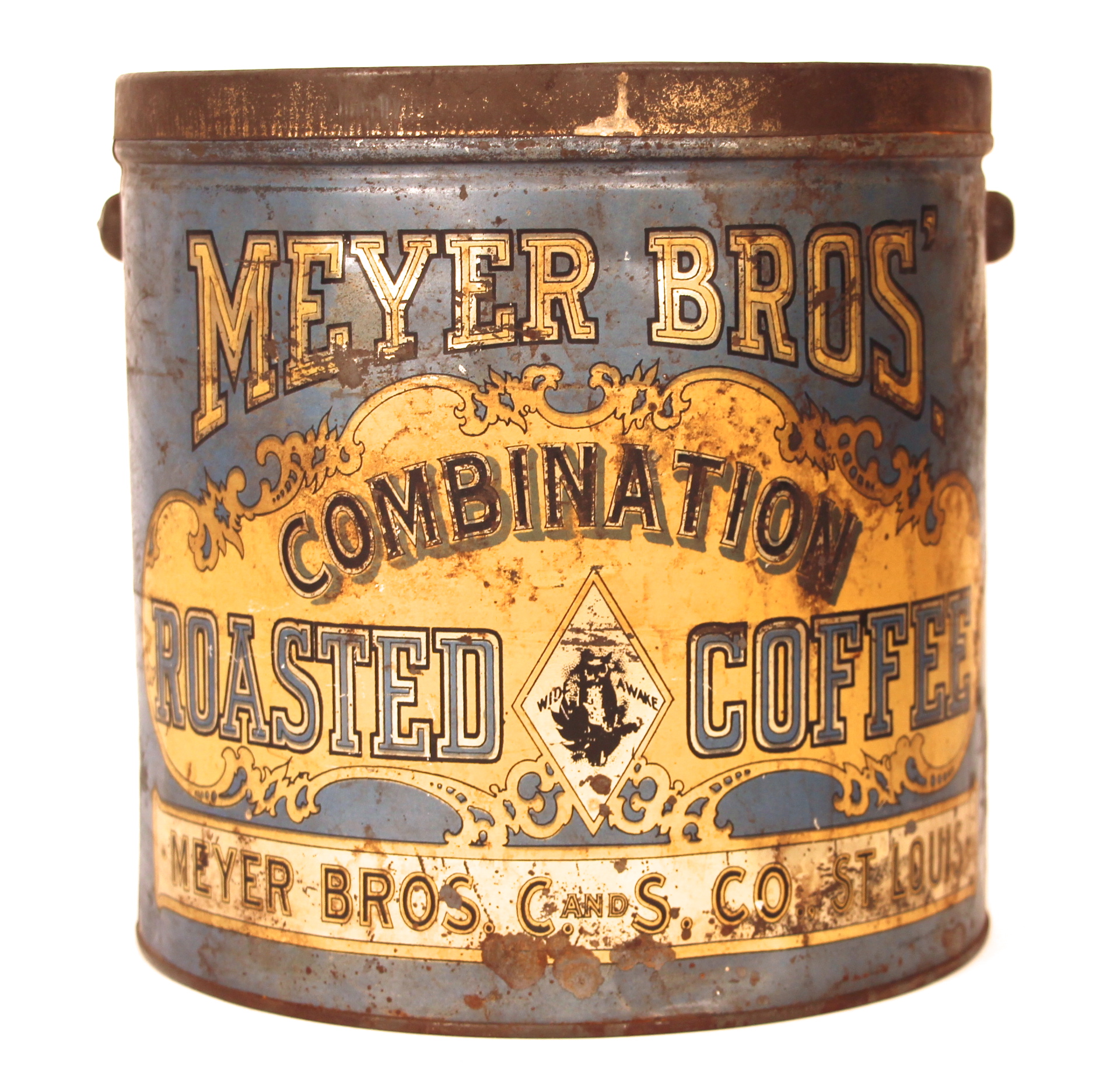 This is a rare Combination Roasted Coffee can from the Meyer Brothers Coffee and Tea Company which was based in St. Louis, MO., 1910. The Meyer Bros. Coffee was one of the largest volume coffee manufacturers in the Midwest in the late 1800’s and early 1900’s.  This particular can contained four pounds of coffee.  The Meyer Bros. Coffee and Spice Company was founded by Mr. Robert Meyer and his brother Mr. Theodore Meyer in downtown St. Louis in 1894. In 1929 the Meyer Bros Coffee and Spice Co. was liquidated and merged into the David G. Evans Coffee company also based in St. Louis, MO.