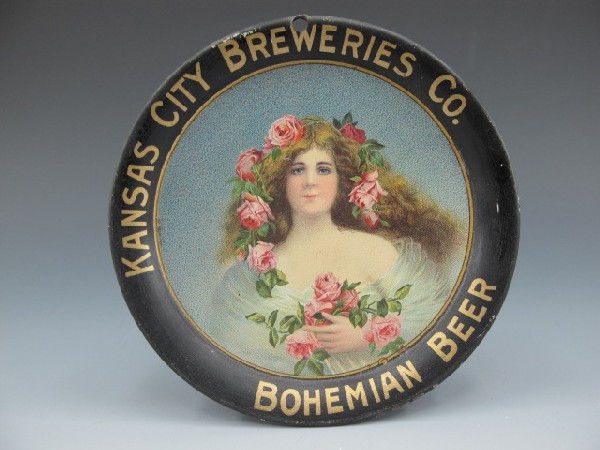 The Kansas City Breweries put out a series of Victorian lady serving tip trays before the start of prohibition, all very similar in style except the image of the woman is different.   The Kansas City Breweries were a conglomerate of several smaller merged breweries which came together as prohibition started to gain steam.  Unfortunately they did not survive prohibition and the brands including Bohemian beer never resurfaced once it was repealed.