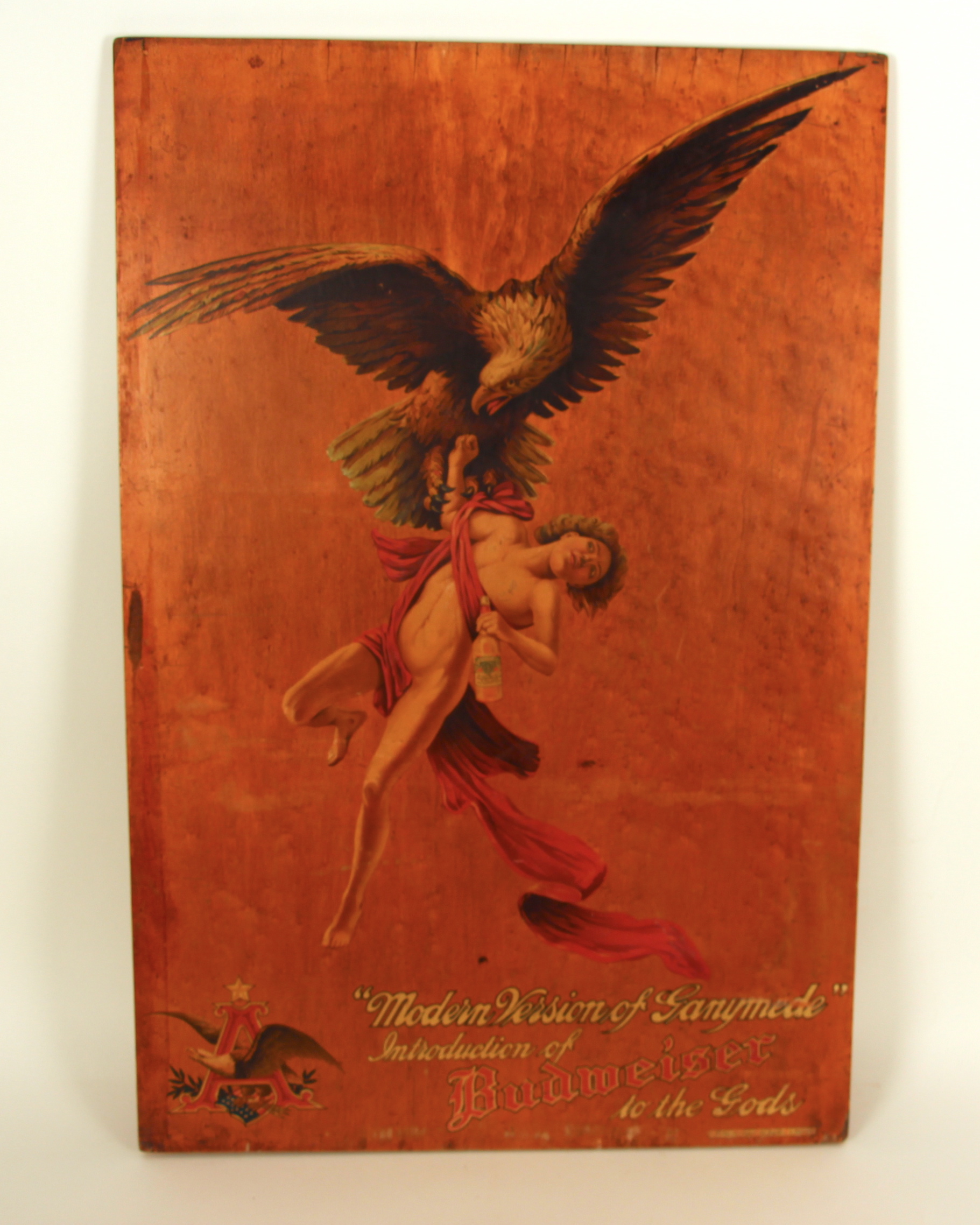 A nice example of a Meyercord Wooden Sign advertising the Budweiser beer brand from Anheuser-Busch.   The depiction shows an eagle carrying a young boy with the description “Ganeymede Bringing Budweiser to the Gods”.   Ganeymede is a mythical character who was taken by Zeus who turned himself into an eagle and took the young boy to Mt. Olympus.   Meyercord wood signs are typically from the early 1900’s and are typically marked as a Meyercord produced sign on the backside of the graphics.    This particular sign is a pre-prohibition vintage production, circa 1905.  The Anheuser-Busch company was one of the largest breweries in the world already in the early 1900’s with the business based in St. Louis, MO.   AB was one of the first companies to use refrigerated railroad cars to help ship their beer to destinations across the continental U.S.