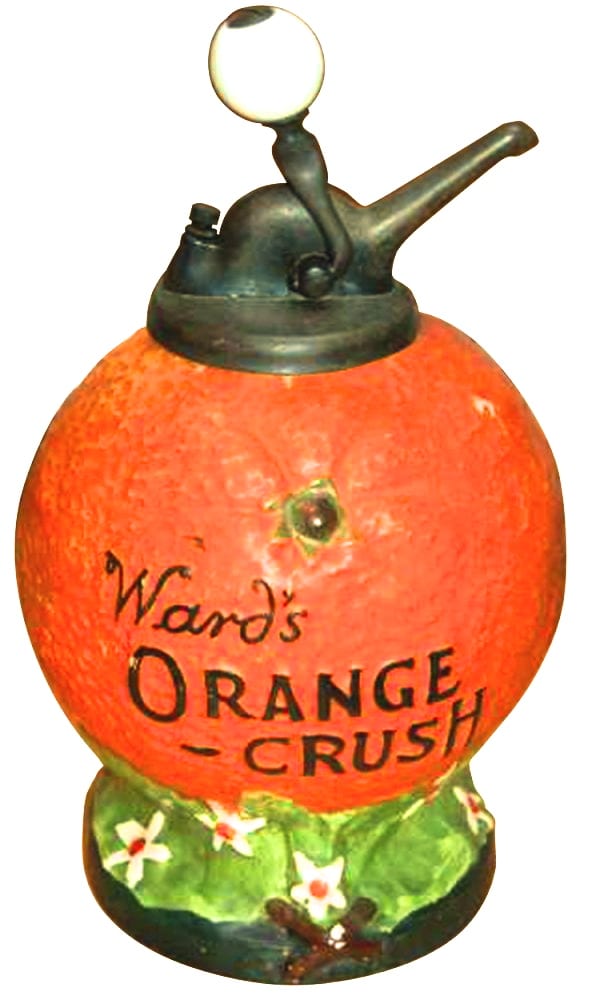 Circa 1916 Wards Orange Crush Syrup Dispenser is brightly colored, shaped like an orange fruit and made of ceramic. Wards Orange Crush Company was founded in 1916 when Clayton Howell and Neil Ward partnered together. Neil Ward had previously developed the ingredients and formula that made the zesty flavor of Orange Crush. Clayton Howell also had previously created another soft drink, Howell’s Orange Julep. When Howell sold his former business, he also gave up the rights to include his name with any other soft drink company. Therefore, Ward was given the honor of using his name for the newly partnered soda company. A few years later, Wards Lemon Crush and Wards Lime Crush were also introduced. Their ceramic syrup dispensers were shaped like their fruits or lemon and lime. Syrup dispensers including Wards Orange Crush were utilized in soda fountains throughout small town America through the 1950’s.