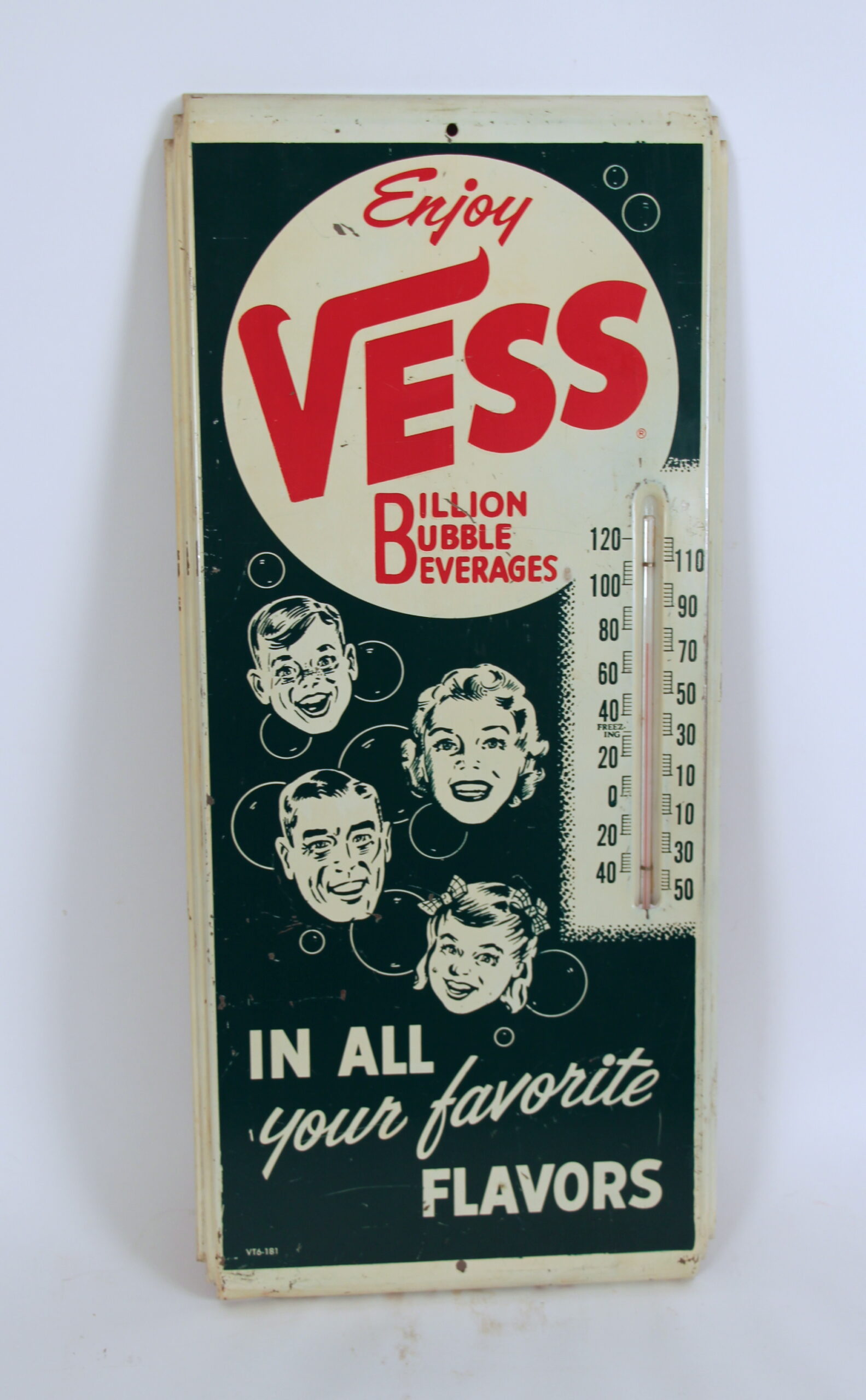 A nice Vess soda indoor or outdoor tin metal thermometer which would have been displayed at a grocery store or confectionary,  Circa 1940’s.   The Vess Soda company was founded in 1916 and was a soft drink brand manufactured in St. Louis, Mo. At that time they primarily distributed their products throughout the Midwest. The Vess trademark name came from the nickname of the original company founder, Sylvester Jones.