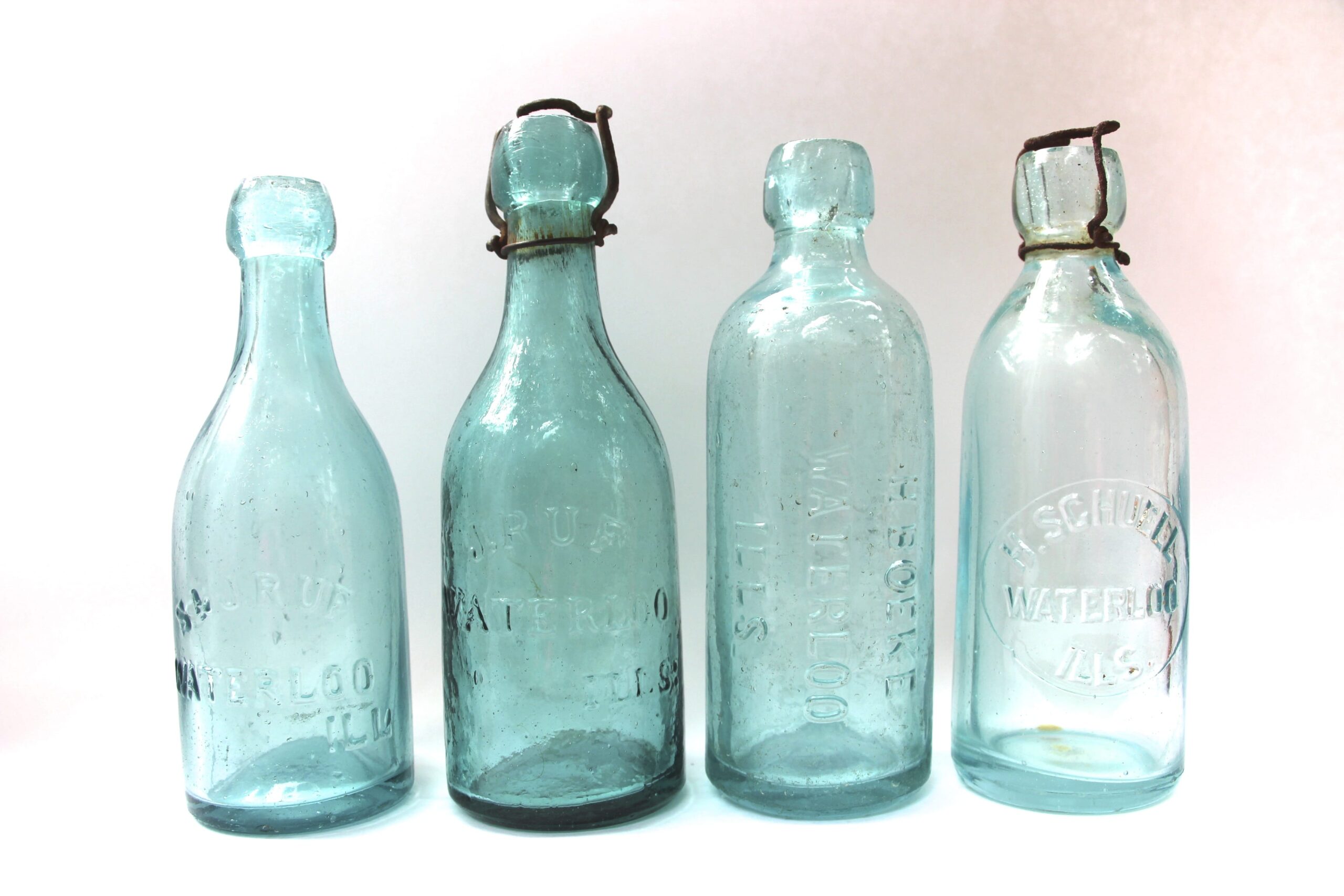 Circa 1860-1890s era Blob and hutchinson style soda bottles from Waterloo, Illinois.  The earliest one is the John Ruf soda bottle which is civil war era.  Mr. Ruf was in town from about 1860-1870 when he left for Jacksonville, IL in Morgan County.  The others are from Henry Schuell who was in town from 1898-1899 for a short 18 months, and from Henry Boeke was came in 1878 and turned the business to his son Charles around 1895.  All of these bottles are hard to find, but the Ruf and Vertical H. Boeke are the only ones of each of these known to exist.  Early small town blob and soda bottles including ones with pontil marks on the bottoms are highly sought after by collectors from the area of their origin, the state, or for other factors.