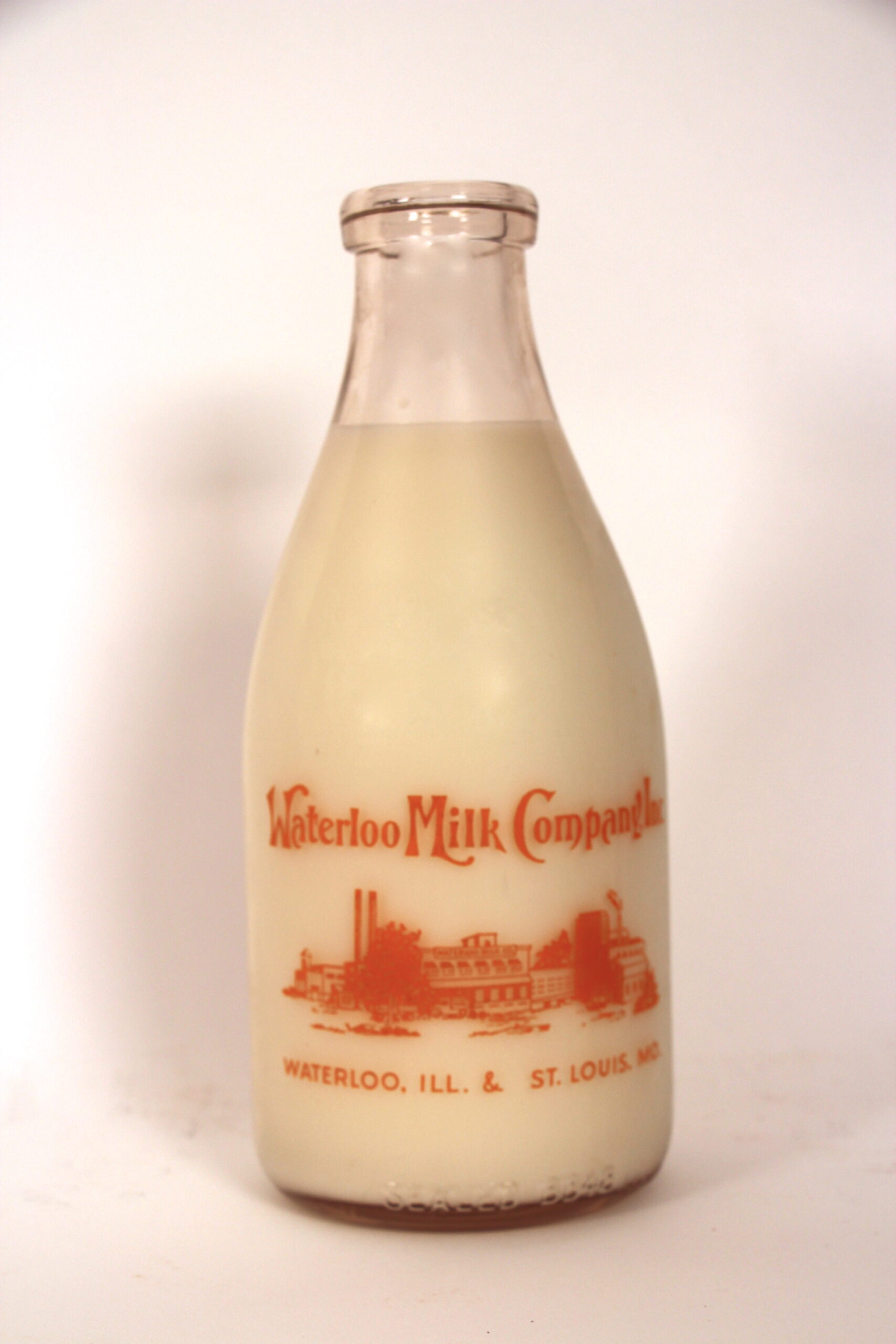 This milk bottle is from the Waterloo Milk Company and featured an orange painted label, Circa 1940. The label states, “Milk Completes your Daily Meals” on the reverse side and was a fairly common version of that time.  The painted label was called “pyroglazed” paintings and had applied colored labels also known as ACL’s. This series of Waterloo milk bottles had many different orange painted scenes on the backside including a football player, a mom with two kids, and a map of the United States.

Overall, many antique advertising collectors are interested in the early milk bottles that were used for home deliveries. The milk bottles had either embossments or the pyroglazed paintings with names of the dairies on them. The dairies wanted their company names on the bottles so they would get returned to them and reused. Milk bottles were mostly round through the 1950′s, then square shape became more popular. Otherwise, bottles tend to look very similar with clear glass and either a short or medium length neck. They also had a rounded collar but not a wide mouth to make pouring easy. The value of the bottles depend on the condition, the size, the dairy, the image and message, and the paint color.

As manufacturers improved making milk bottles they found it was less expensive to change from embossed labels to applied colored labels know as ACL’s. Bottles with ACL’s and ones that used embossed slug plates are often considered valuable. By the 1960′s, glass milk bottles were replaced with paper cartons and plastic milk containers that were less expensive to make but preserved the milk’s freshness.