BARTHOLOMAY BREWERY CALENDARS WERE WELL AHEAD OF THEIR TIME! 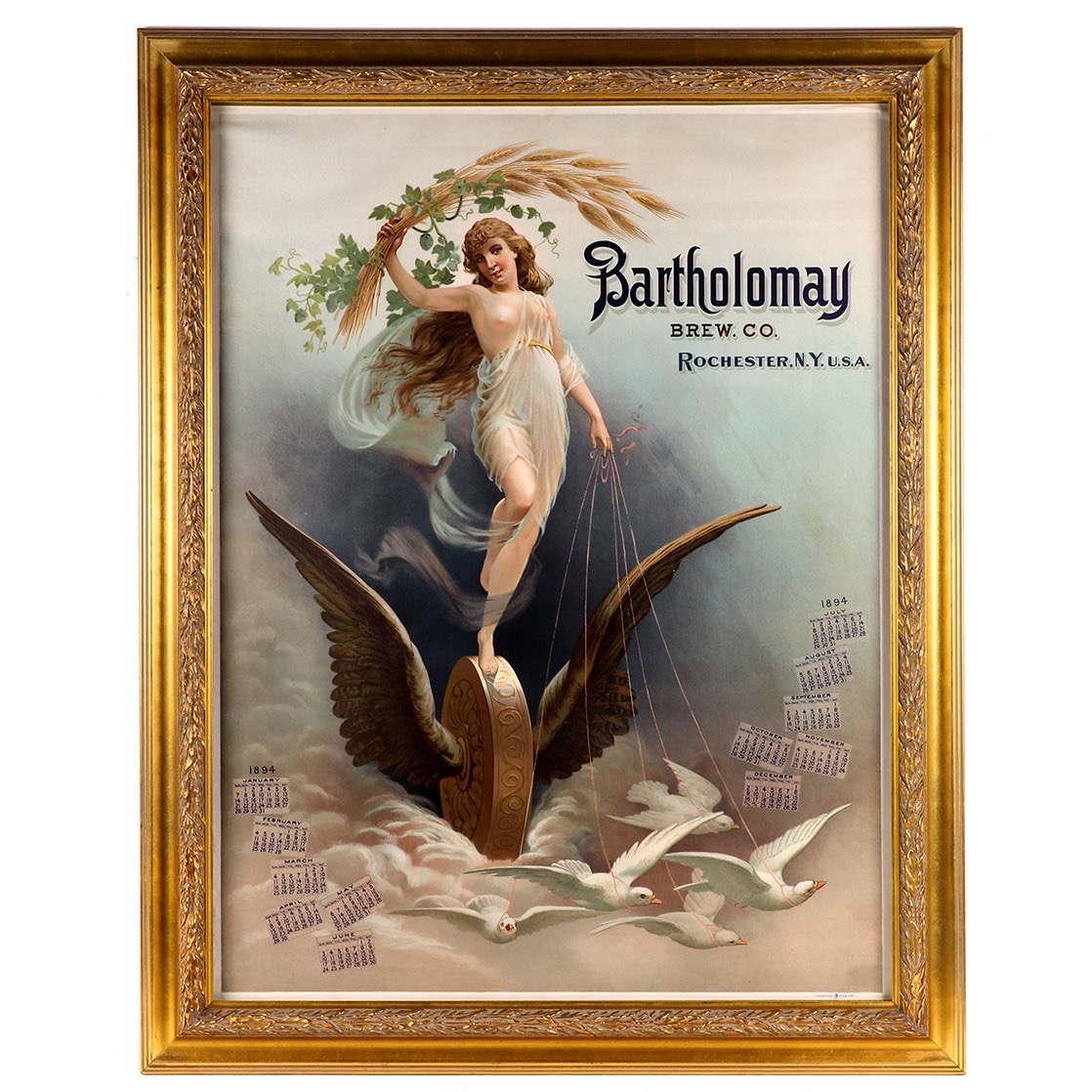 The Rochester New York based Bartholomay Brewing Company produced a rather risque series of advertising calendars in the late 1800’s which featured drawings of nude woman in them. This particular 1894 dated calendar image features the companies trademark round wheels with wings on it, a rather unique symbol which would not be confused with other companies. Considering the era, nude’s were not commonly utilized in advertising, and really didn’t start to become more commonplace until the late 1930’s and 1940s era when the Vargas Girls were on calendars and matchbooks all over.
The Bartholomay Brewing Company started in 1852 as a partnership originally called the Will and Bartholomay Brewing Company. However after a few short years Phillip Bartholomay bought out his partner. From there the brewery flourished, and by the mid 1880’s was the largest brewery in the Rochester area. This was especially important as Rochester was one of the biggest cities in the United States at that time, i.e., in the top 15 largest cities around. The company later bought out the Gennesee Brewery as well prior to Prohibition. Their largest selling brand prior to prohibition was the Apollo brand. While the Bartholomay Brewery did not startup again after prohibition, the Gennesee brand and brewery did and was successful for many years. Today that brand is still made and sold in the United States under a contract brewing arrangement.